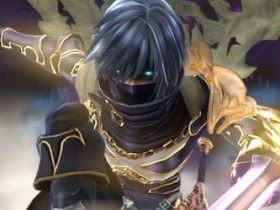 Bloodstained: Ritual of the Night‘s Kickstarter campaign was a resounding success, having closed with 64,867 backers having pledged an astounding $5,545,991.

That has seen it accomplish every stretch goal that will now not only see Armature Studios bring the Unreal Engine 4-constructed adventure to Wii U, but also a prequel mini-game.

This is described as being a “2D pixel-based, retro-styled prequel mini-game,” that will be released not only for Wii U but on Nintendo 3DS as well. It’s confirmation joined other lately achieved stretch goals, such as a rogue-like dungeon and a Boss Revenge mode.

Bloodstained: Ritual of the Night is estimated to release in March 2017.