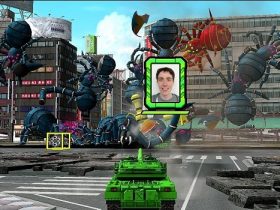 While his reasoning was understandable and sound of mind, it raised the question as to what fate awaited plans to port the game to Wii U. Armature Studios had taken up that challenge, which was a daring commitment given that Wii U isn’t as well-equipped to support games made with Unreal Engine 4.

Now, with the Nintendo NX reveal nearing, Iga has spoken candidly about the difficult decision that they now find themselves in. Whether to honour the promise that had been made to their backers, or to deliver a superior experience on the new hardware.

“Yeah, it’s a very complicated problem,” Iga admitted to IGN. “The reality is this: As timelines move on, certain pieces of hardware become irrelevant. Sometimes new pieces of hardware come out that make you think about what is the right strategy. And as a creator, usually you want to make stuff for the new hardware. That’s the reality.

“Unfortunately, some of those don’t make as much sense anymore as they did before, and that’s also reality. So you’re in a very difficult position, and at the end of the day, if you’re going to go in one certain direction, you want to make sure that you have support from them.

“But so far we’ve, I think, been incredibly transparent through all the things that have happened with our backers, and they have been very supportive. So I’m hoping that if there is going to be a difficult decision some day, and we don’t know, that we’re able to have that conversation. If they say they don’t get it, well that’s where we’re at. And if they say they do get it, well then, we’ll be able to do things that are maybe more interesting. We’ll see.”