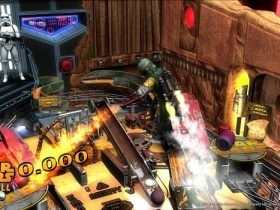 Inti Creates has announced that Bloodstained: Curse of the Moon will release on Nintendo Switch and Nintendo 3DS this month.

This 8-bit retro-style action game has been created to accompany Bloodstained: Ritual of the Night thanks to a stretch goal that the Kickstarter campaign had reached.

You play as Zangetsu, a demon slayer who bears a deep grudge and must travel through perilous lands to defeat a powerful demon lurking in a dark castle.

He will meet travellers on the way who can join your journey as playable characters, and who have unique abilities that will help you to unlock new paths. Who you recruit will change the difficulty of the game, and even the ending.

“I’d like to take this opportunity to introduce you to Bloodstained: Curse of the Moon. Now, you’re probably thinking, ‘I’ve never heard of that game!’ In the Kickstarter campaign for Bloodstained: Ritual of the Night, one of the stretch goals was for an 8-bit game. This is that game,” Koji Igarashi explains.

“This game was developed by Inti Creates, who collaborated with us on the Kickstarter. There was a promise on our Kickstarter campaign. Backers who supported us over a certain amount will receive a code for this game. For those backers, those codes should soon be available via the official home page or a Kickstarter update, so make sure to check in.

“I’ve gotten the chance to play Curse of the Moon ahead of release. It has a lot of retro charm, and I had a great deal of fun with it. But don’t just take my word for it. Please take a look!”

Bloodstained: Curse of the Moon will release on the Nintendo eShop for Nintendo Switch and Nintendo 3DS worldwide on May 24th, priced at $9.99.