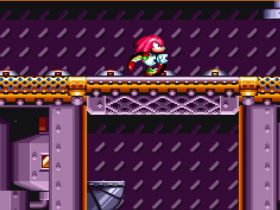 NIS America has announced that The Lost Child will release on Nintendo Switch, their highly anticipated RPG that has a Cthulhu-inspired menagerie of angels, demons, and everything in between.

When occult magazine journalist Hayato Ubuki investigates the mysterious suicides that were taking place in Shinjuku station. But, when a black shadow pushes Hayato onto the tracks, Balucia, a beautiful and mysterious girl, saves him at the last moment and hands him a large case.

Inside the case is the demon gun Gangour, whose wielder can capture and use demons. With it, Hayato has the power to make demons become his allies. Now accompanied by the self-proclaimed angel Lua, Hayato travels across the country to search for the mysterious girl that once saved him. But, he will become caught between the ambitions of the dark rulers and expectations of the angels…

The game will have more than 100 Astrals from myths and legends to capture, over 250 skills to learn among your party, and massive dungeons to test yourself against – with as many as 100 floors to best.

The Lost Child will release for Nintendo Switch in Europe and North America in Summer 2018.