Whilst the swansong Wii release will appear to most as a further string to the console’s mini-game bow, it proves to be so much more. Chair swivelling pigs, ricocheting assembly lines and mid-flight badminton matches, Beat the Beat: Rhythm Paradise has it all.

The eagerly awaited follow-up to 2009 Nintendo DS tap-em-up hit Rhythm Paradise has finally arrived on European shores, replacing stylus for Wii Remote as an entirely new audience are invited to put their rhythmic timing to the test.

It is the importance of precision that the game predominantly revolves itself upon, an aspect indicated straight away when three characters greet you to perform a Rhythm Test prior to delving into the full game. You’re tasked with pressing the A button in time with an on-screen signal before the machine reveals how fast or slow you were in relation to the actual beat. It proves particularly revealing. 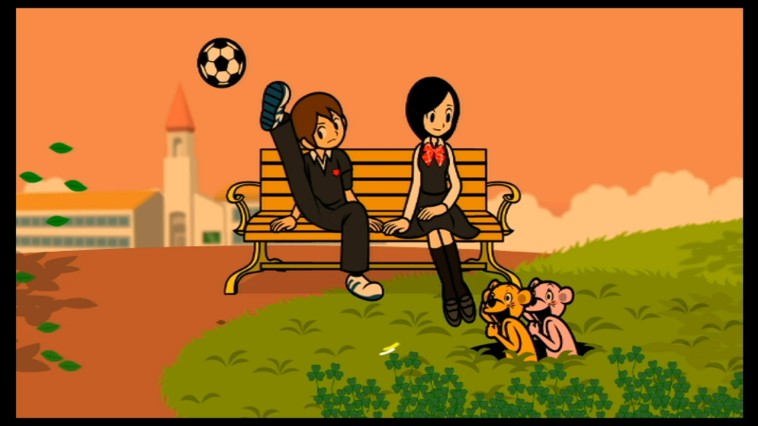 Throughout the entirety of the game, any form of motion control is ignored, players instead responding to visual and audial prompts by pressing either the A button or the A and B buttons together. However, whereas most rhythm games are lenient in allowing for a certain degree of failure, Beat the Beat: Rhythm Paradise proves to be less than forgiving.

Behind its youthful visage and bold primary colours lies a scoring system that can be particularly harsh for newcomers, worsened by unconstructive feedback that simply consists of a mark ranging between a lamentable Try Again to a glorified Superb which is accompanied by a well-deserved Medal. Even just a few errors in any given level could greatly hamper your chances of scoring well enough to allow you to progress.

Such difficulty is no different to the original, I hasten to point out, but with its whimsical art style and quirky nature, this is a rhythm game that positions itself as having a broad appeal for all the family. Levels vary greatly in terms of challenge, especially as you continue to progress where your view can become obscured and the game increasingly attempts to catch you out, and younger players may soon feel frustrated at a lack of accomplishment. Even if the uber cute cartoon styling may serve to distract them from disappointment. 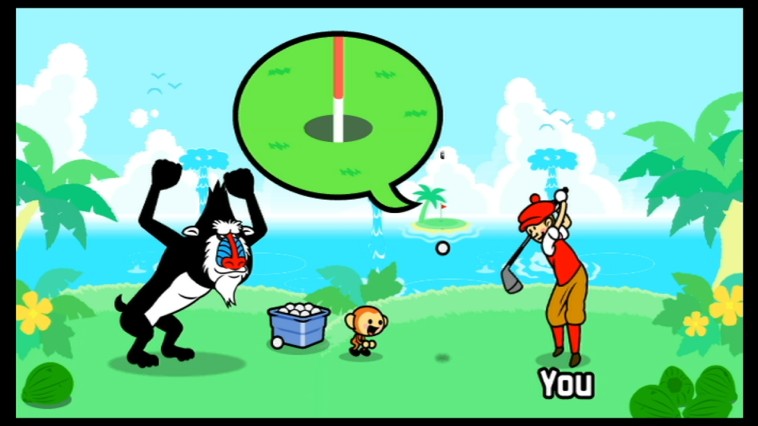 Dual Play mode, allowing two players to simultaneously make their way through each level, perhaps aims to address this, yet it is hard to decry such a level of difficulty when so many complain that everything is getting easier these days.

It is in its charm of execution that Beat the Beat: Rhythm Paradise elevates itself, the scenarios you find yourself in so unexpected that it never fails to raise a smile when you gleefully move on to a new level. High-fiving monkeys that live on the outskirts of a watch, flipping dough along a production line, or grabbing peas with a fork, such ideas are simple yet amount to an experience so wonderfully bizarre that it results in a product that has such a distinctly memorable persona.

Further to the core experience, players can take a break by partaking in a range of additional modes. The Cafe, for instance, allows activities such as players to idly chatting to the Barista for gameplay tips, listening to music, reading, or retaking the rhythm test that must first be completed upon loading the game for the first time. 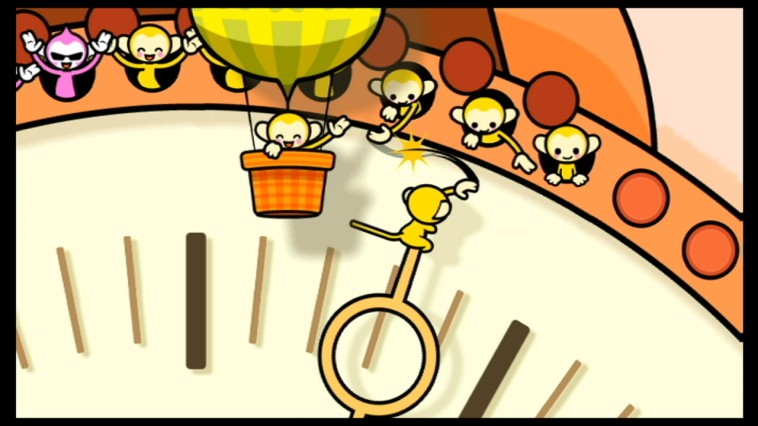 Whereas earned Medals may be expended on Rhythm Toys, mechanical vehicles that you pull back to a distance of your choosing before then releasing, targeting them to arrive at a designated position. Endless Games are also available, removing any form of the time limit and simply seeing how long you can keep going for.

Nevertheless, Beat the Beat: Rhythm Paradise proves a worthy test of both concentration and rhythmical accuracy for any that take up the challenge, and those that invest time into continual improvement will find the game a far superior experience to others within the genre.