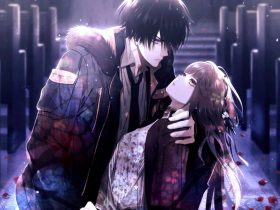 Imagine a game where the player is granted the power to literally change how everything within it works. Where the rules are meant to be broken, shuffled about and rebuilt again in curious and creative ways. That’s Baba Is You in a nutshell, a puzzle game that’s all about thinking outside the box… or within the box… or even becoming the box itself.

Baba Is You is essentially a game of two halves. The first is a Sokoban-inspired puzzler where you’ll be pushing ‘blocks’ around each single-screen stage, maneuvering them around obstacles trying to get them into the correct position. It’s through pushing things around though that you dive into the other – and quite frankly more interesting half – of the game. You see the ‘blocks’ you are shoving aren’t even blocks but rather words that when lined up can create rules the game then follows. So for example if you have the words ‘WALL’ and ‘IS’ and ‘STOP’ in a row this rule then kicks into effect and any walls within said stage will become impassable. Slide one of these words out of line and the rule is then incomplete (or broken) allowing you to pass through all walls once more. Literally anything can be manipulated in some fashion, just so long as it has a word also representing it. If you can line the words up then it will most definitely have an impact big or small. 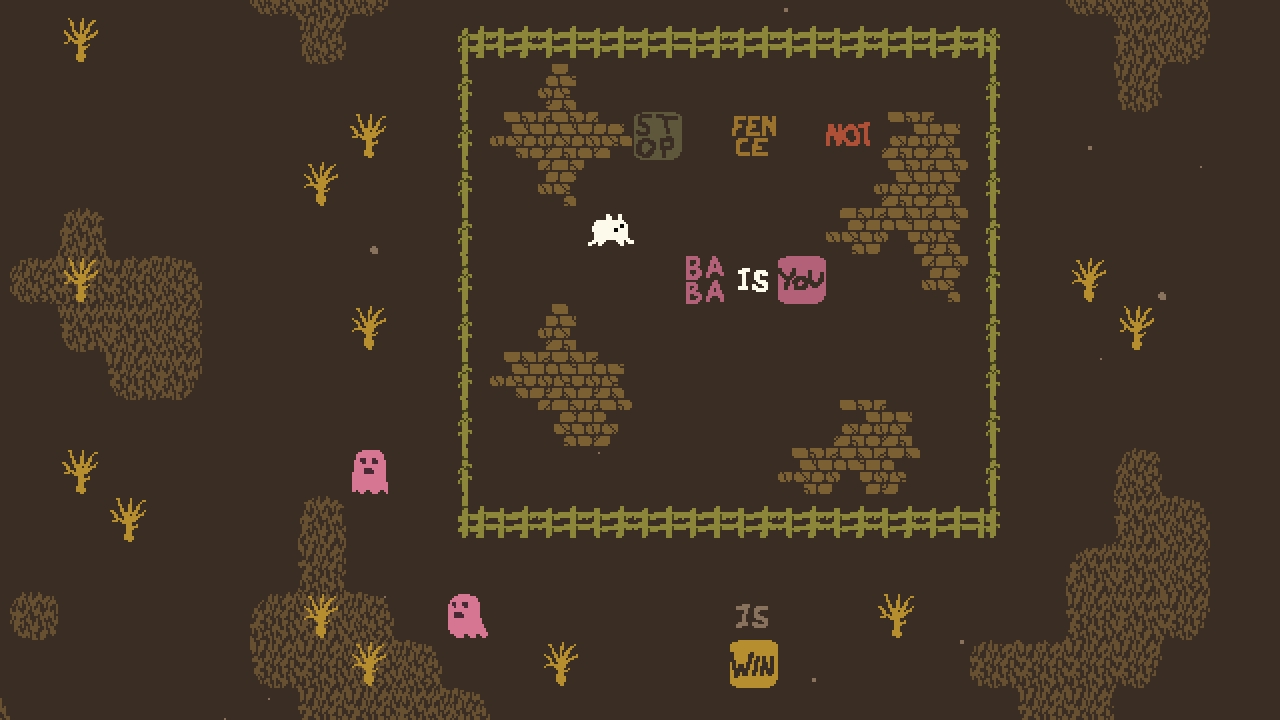 More often than not you’ll start off controlling a cute little character called Baba (the words ‘BABA’ and ‘IS’ and ‘YOU’ already lined up to make this possible) with the end goal being to get to whatever object has the word ‘WIN’ attached to it. Getting from A to B will often require shuffling the rules available within the stage though. You could make it so you’re physically moving around as a flag by injecting the word ‘FLAG in front of the words ‘IS’ and ‘YOU’ for example. You could change the object you need to get to in order to win by adding ‘WIN’ to its rule. You can even change the properties of objects such as making them float, sink or melt.

To give a quick idea of one example early on in the game, you’ll kick things off in control of Baba another rule dictating that Baba will also melt when hot. Unfortunately, a river of hot lava runs between you and the level ending flag. How do you go about solving such a predicament with only a handful of words moveable? In this case, it comes down to not changing who you control nor what ends the level but rather placing the word ‘PUSH’ at the end of ‘LAVA’ and ‘IS’ allowing you to rather easily shove the hot stuff aside and make your way to the flag. Of course, this is a relatively simple example but it gives you an idea of the ‘outside the box’ thinking you’ll need to succeed.

It almost feels like a form of cheating as you essentially rewrite the rules in a whole manner of ways to get what you want. Don’t let that fool you into thinking Baba Is You is a walk in the park though, far from it in fact. Puzzles continue to grow in complexity the deeper you get into its adventure going as far as to introduce new connecting words such as ‘AND’, ‘HAS’ and even more confusingly ‘NOT’. Just when you think you’ve got the hang of things, the game then sprinkles some fresh new words into the mix making life even tougher for you. The game can walk a fine line between reward and frustration at times but the former far outweighs the latter where solving particularly troublesome puzzles make you feel like a real genius as you work your way around initially impossible seeming situations. 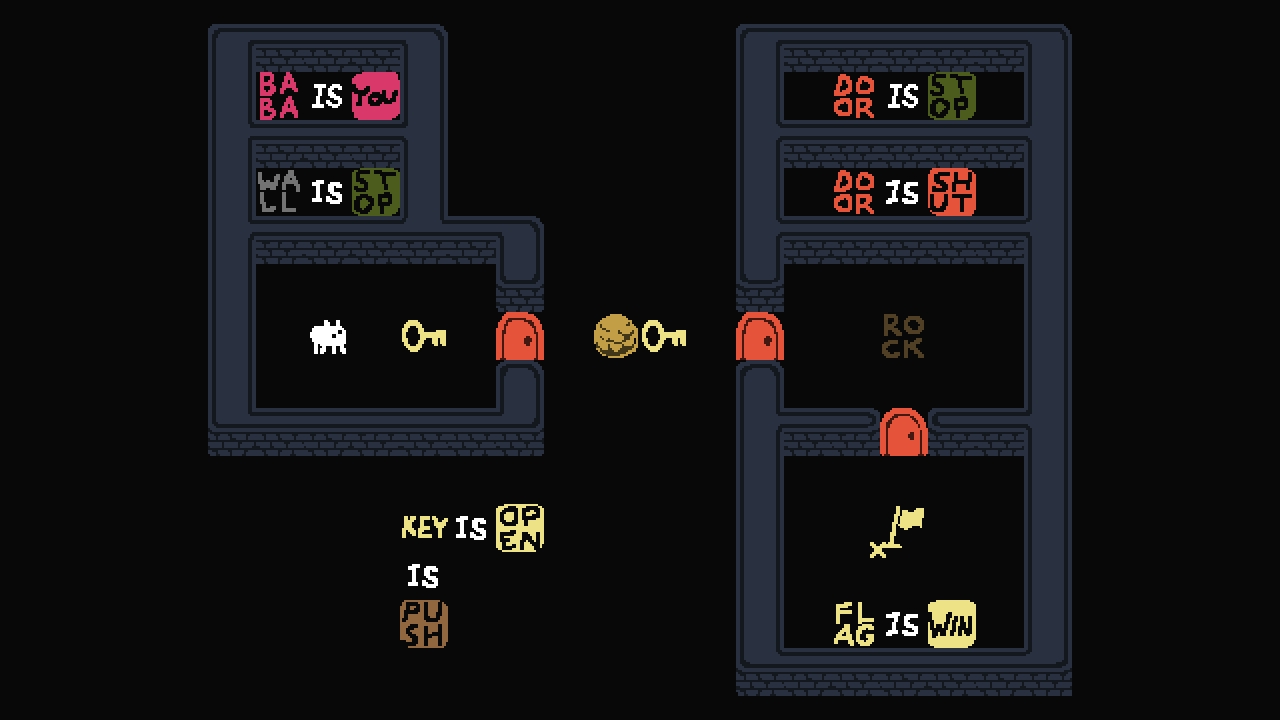 Baba Is You can prove extremely tough at times and unfortunately the game doesn’t offer much in the way of a hint system should you come across a particularly devilish puzzle. Sure experimentation is part of the game’s appeal and can often yield you with a win but inevitably you will come face to face with a puzzle that has you well and truly stumped. Without any form of help, you’re left to figure things out for yourself or look to a quick YouTube video as a guide. It’s a shame since getting stuck can bog down the pace of the game.

I’ve always said puzzle games feel right at home on the Switch and an example like Baba is You only serves to further highlight that point. Docked mode was a great opportunity to have others lend a hand, pointing out possible solutions as they watched while handheld offered the chance to tackle a puzzle or two on journeys or sat around without a TV nearby. In fact, I would often find myself kicking off a particularly tough puzzle on the big screen and then picking things up again later in handheld. The hybrid nature of the device is a perfect fit for the game especially when some puzzles can leave you racking your brains for large chunks of time.

I’ve made my way through a wide and varied range of puzzlers in my many years playing video games but Baba Is You easily ranks as not only one of the cleverest but also one of the most rewarding. Whether you’re into logic-based puzzles and after a challenge or just in the market for something truly unique for your Switch, Baba Is You delivers a remarkable albeit sometimes too punishing experience. Reviewer Is Impressed.