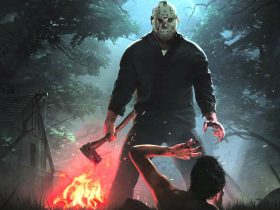 Update: Dan Adelman has clarified that, unfortunately, Axiom Verge is not currently headed to Nintendo Switch.

“Sorry to be a bummer but if you listen to the podcast, you’ll see that Tom never said that Axiom Verge is confirmed for Switch,” Adelman clarified. When asked if it could happen in the future, he added: “100% up to Nintendo of America. It could have been a launch title if they had approved it.”

Original Story: Thomas Happ Games has confirmed that Axiom Verge is in development for Nintendo Switch, with additional plans to release the critically acclaimed sci-fi action-adventure game at retail.

“Many fans have asked us to bring Axiom Verge to the Switch. I have reached out to my old co-workers at Nintendo of America many times, but so far we haven’t been approved for the platform yet,” Thomas Happ Games business partner Dan Adelman previously confirmed to Nintendo Life.

“As soon as we get the green light, we’ll drop everything and get right to work on the Switch version.”

The developer has now secured that approval, with the physical release to include bonus content such as a physical manual, a documentary about the game’s development and the soundtrack.

“In an interview last night, Tom Happ, creator of Axiom Verge stated that a Switch retail release of Axiom Verge is in the works,” World 1-1 Podcast shared. “This release is looking to include not only the game but also a physical manual, a documentary about the game, and possibly a copy of the soundtrack.”