If you find the right group, party games can deliver some of the downright funniest and unpredictable experiences video games have to offer. Developer Jackbox Games have been responsible for some of the best examples out there, Quiplash and You Don’t Know Jack always brought out any time we have friends or family over. Even the Mario Party series has played host to some of our more sidesplittingly hilarious moments largely thanks to its silly mini-games and table-turning events. While rarely deep their accessibility and focus on group play is what makes them a hit.

Is Awkward something you would want to break out at a party?

According to its developer, Awkward is based on a card game that was banned in the late 1800s by the government following a rise in bar fights, divorces and family feuds. The truth behind such a statement is up for debate, but I’d be lying if I said it didn’t at least pique my interest. What could this game possibly be to cause such a ruckus?

At its core, Awkward is a blend of a quiz and the game show ‘Mr. and Mrs’ for up to six players. Each question sees two participants pair up with one answering truthfully and the other trying to guess what that player has chosen. Choose correctly and your compatibility ranking will increase. That’s pretty much all there is to Awkward, the limit of its variation simply being to mix up the pairs of players and ask more questions. 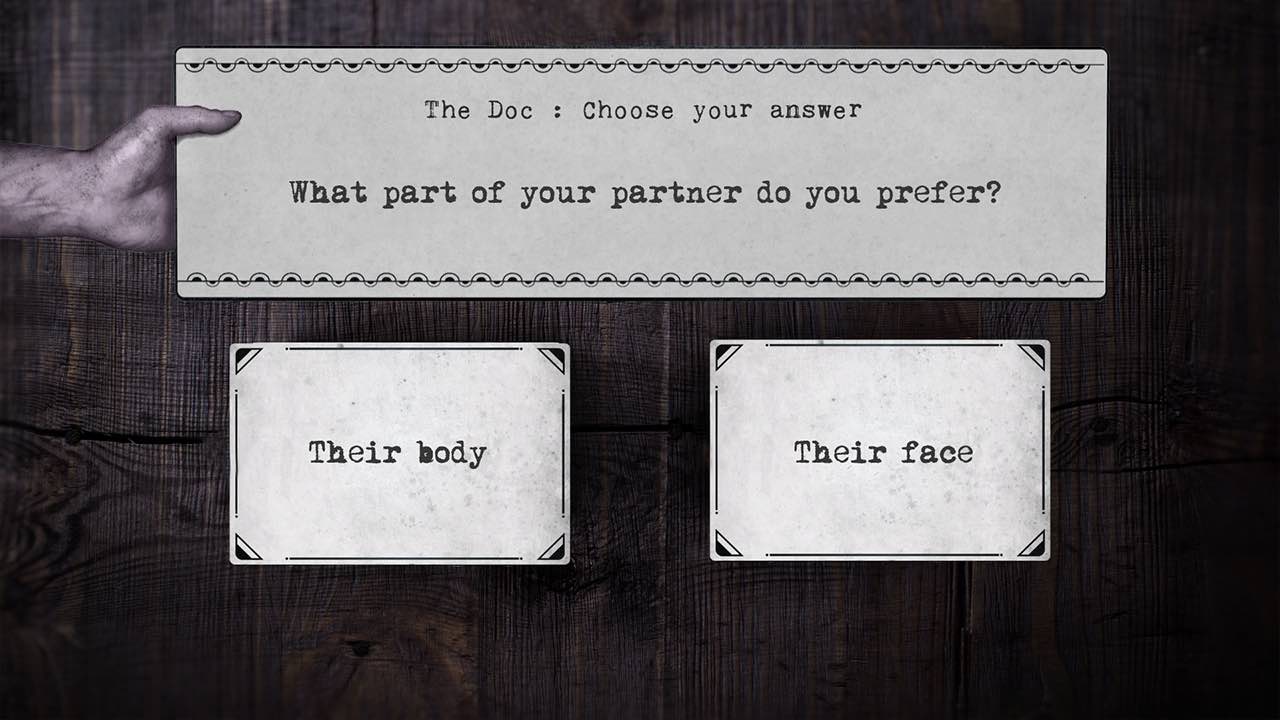 The 5,000 plus questions included are a strange mix but all revolve around players giving their honest answers. More often than not the game will throw you a bunch of harmless questions such as how you pronounce the word ‘nougat’ or what your preferred chore is but every now and again the queries can become more fiendish. While prompts that are a little more personal like asking you to select if you prefer your partner’s body or face or selecting who you think is more big headed can provide very brief bursts of comedy, it’s the much darker ones that can change the vibe of the game entirely.

‘If a child was in urgent need of a heart transplant, and a parent was a match, should the parent be able to choose to give up their life and donate their heart to their child?’

‘In your opinion which is morally worse? Bestiality or necrophilia?’

‘If you could only save the life of one, would you choose a 1-year-old or an 18-year-old?’

It’s these sorts of questions that truly dampened the atmosphere of the room, with onlookers often not wanting to know what someone would choose and those who actually had to answer worried they’ll be judged. I get what Awkward is trying to do here, but I feel that these sorts of questions are the wrong way to go about it. They are too dark and leave a negative aftertaste once answered rather than a fun, humorous one. 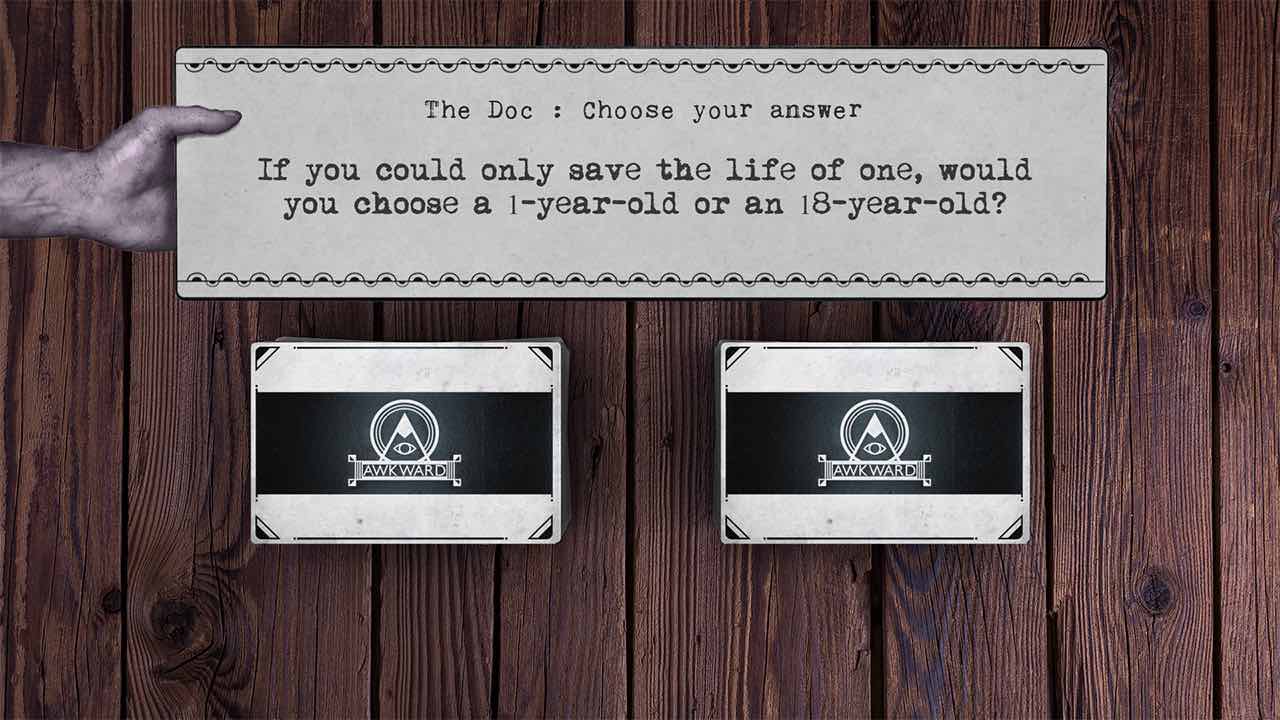 In fact, while the game boasts 5,000 questions a lot of them are either boring to answer, in poor taste or focus on topics far too intense for something that’s supposed to be light-hearted and fun. Do we really care if someone prefers Guardians of the Galaxy over The Avengers? Not really. Do I want to know which father my friend would rather walk in on while having sex? Definitely not.

While being darker or playing with the boundaries of taste is nothing new with a game of this genre, perhaps the biggest downfall of Awkward is that it is focused on finding out the personal views of someone and exposing them to everyone. Games like Quiplash and Survive the Internet do offer the opportunity to be gross and outlandish with one’s comments, but at the same time, players can control the level of obscurity and absurdity. Awkward forces players to answer questions that sometimes they might not feel comfortable with.

Then you might argue that is the entire point of the game?

Based on our personal experience, it seemed to accomplish its goal a couple of times but at the expense of any fun being had. When the game was asking dull and pointless questions we were bored and when it got onto some dark topics we felt gross answering them. It was only when the questions found the right balance between the two that glimmers of enjoyment were found however those were very few and far between. 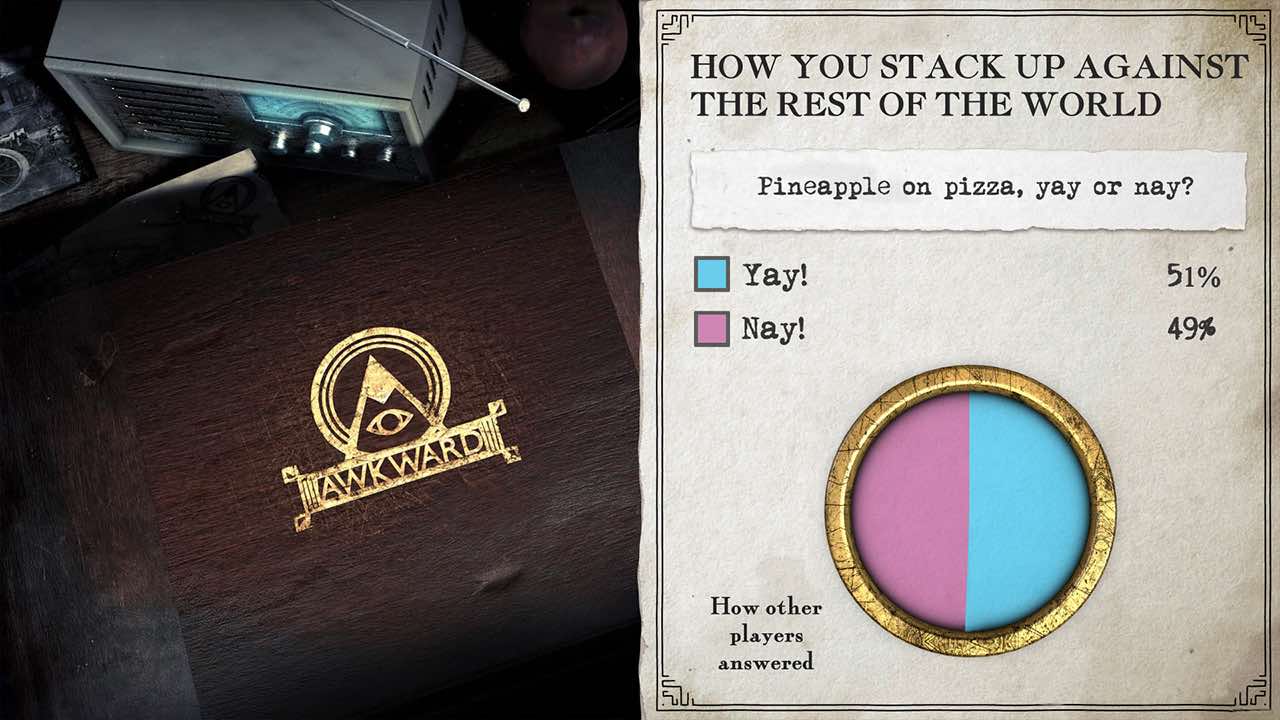 Party games as the name should suggest are at their best when playing with a group. After all, can you remember a time when you enjoyed playing a series like Buzz! or Mario Party on your own? Awkward does alter the rules slightly for the lone player having them try to predict what the majority of other players with the game have gone with but as you can probably imagine this isn’t much fun.

Awkward isn’t without some positives. While it doesn’t allow you to use your smartphone as a controller (similar to The Jackbox Party Packs) it does allow you to pass a single controller around. The visuals, while hardly anything groundbreaking, at least add a little character to what is essentially a series of questions.

I’m normally a big fan of party games; however Awkward is easily one of the weakest I’ve played, managing to deliver an experience that’s just painfully dull. While it sometimes achieves its goal of creating an uncomfortably fun atmosphere, the moods it tends to strike more often is that of apathy and aversion. Fact is, if you’re after a fun, hilarious party game then Awkward is definitely not it, the Nintendo Switch offering far better alternatives out there on the Nintendo eShop already. 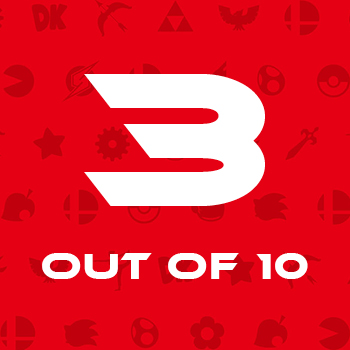