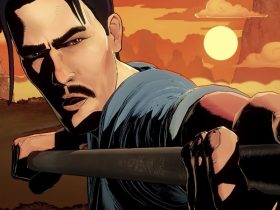 Avenge Your Family In 9 Monkeys Of Shaolin On Nintendo Switch

Unties and noname studio have announced that BATTLLOON will release on Nintendo Switch this month, a balloon-battling party game where you must avoid getting popped.

There’s the chance for two to four players to engage in the ultimate high-stakes drama, choosing from six balloons before you try to attack and bounce your friends into spiked walls to win. Even then, players that have been punctured revive as ghosts who can still compete for victory points.

The bouncy balloons have their own playstyles, too. Puffer can grow to become temporarily unmoveable, Birdie Jay is light and quick but can more easily be bounced into the spikes, and Astro Cat has a fabulous rainbow trail.

“Take one look at BATTLLOON and anyone can see the kind of over-the-top fun they’re in for,” enthuses Unties G&R representative, John Davis.

“It’s the kind of experience that has drawn attendees at shows like PAX across the show floor to see what the hell is going on, with gameplay kept them coming back for more. Now we look forward to sharing BATTLLOON with the world.”

BATTLLOON will release on the Nintendo eShop for Nintendo Switch worldwide on February 28th.