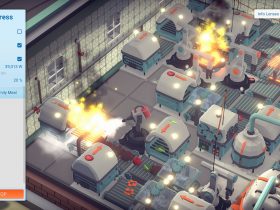 Solve Culinary Conundrums In Automachef On Nintendo Switch This Summer

As teased by ATLUS earlier this week, Attack on Titan: Humanity in Chains has now been localised and will shortly see release in May.

Based on the popular manga and anime, players will take on the role of their favourite character as they defend humanity from the threat of ravenous Titans. With support for four player local and online co-op, you’ll compete to rank atop the leaderboards.