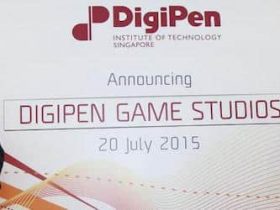 We already know that Ubisoft believe that mature games don’t sell on Wii U, but there are technical hurdles that they have continued to struggle with.

Creative director Alex Amancio has shared that they would be “cheating fans” if they had brought Assassin’s Creed Unity to Wii U, as they would receive “a lesser version of the same game.” The constraints that they would have to suffer in bringing it to Nintendo’s home console would have had a “detrimental impact” on the experience, and so they chose to focus on PlayStation 4 and Xbox One.

“It couldn’t, it really couldn’t,” Amancio discussed with Red Bull. “I mean this is why we said from the beginning, this was going to be a new-gen-only title, because the crowds aren’t aesthetic, they actually have impact. If we did anything to hinder that or to reduce that it would have a detrimental impact, it wouldn’t be the same experience.

“I don’t think that would be fair to fans, to sell the same game but with different levels of experience. Even the seamless nature of the series and the scale of the game right, we couldn’t do that. We never load Paris. It wouldn’t be possible, in our minds we’d be cheating fans by providing a lesser version of the same game.”

We could have at least gone out with a bang with Assassin’s Creed Rogue, however. Although at least we still have Watch_Dogs to look forward to…