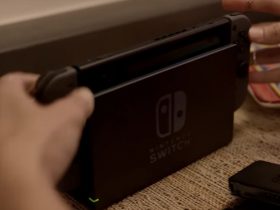 Director of ARMS Laboratories and a certified genius, she became fascinated with ARMS since she was a young girl and decided early on to devote her entire life to ARMS research. Dr. Coyle simply wants to be the most powerful ARMS fighter of all time, even if that means subjecting herself to her own experiments…

That brings the total roster to 15 playable characters, and Dr. Coyle brings with her three new ARMS in Lokjaw, Parabola, and Brrchuk, as well as her top-secret research facility stage.

Changes Made In ARMS Update Version 5.0.0