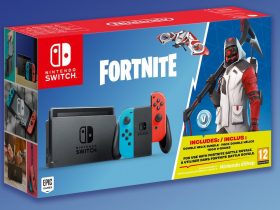 Nintendo has released a new version 2.0.0 software update for ARMS, addressing issues and introducing Max Brass as a playable character in the Nintendo Switch exclusive.

Stats and Events have been added to the menu, while Snake Park, which has caused some controversy online, has been removed from the Ranked Match stage roster. Then, across the board, there are multiple changes and fixes.

Changes Made In ARMS Update Version 2.0.0