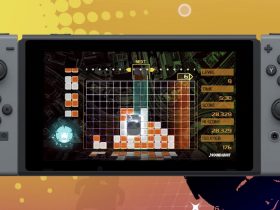 “Great heroes carry the journey’s burdens, not on their shoulders, but in their hearts.” The kingdom of Armello, we’re told, is one of magic and wonder. But, a dark shadow has crept across the land. The malevolence of the Rot has corrupted the once-mighty King, and his maddened, tyrannical behaviour now threatens the realm that he had once united.

There is much to love about Armello. The animal clans that exist in its world were, in part, a nostalgic throwback for me to a childhood spent absorbing myself in the Redwall books that Brian Jacques had penned. These clans, fearing what future awaits the kingdom that they cherish, choose to intervene, but their ambitions to storm the palace and secure the throne to become the new King (or Queen) of Armello only serve to spark new rivalries.

We’re warned that Armello is a digital board game of chance and treachery. There are four animal clans – Rat, Rabbit, Bear and Wolf – that all want to overthrow the King to seize power for themselves. Ruthless and cruel, every clan will do whatever they can to succeed, even if that results in the need for underhanded tactics to snatch victory from the jaws of defeat. 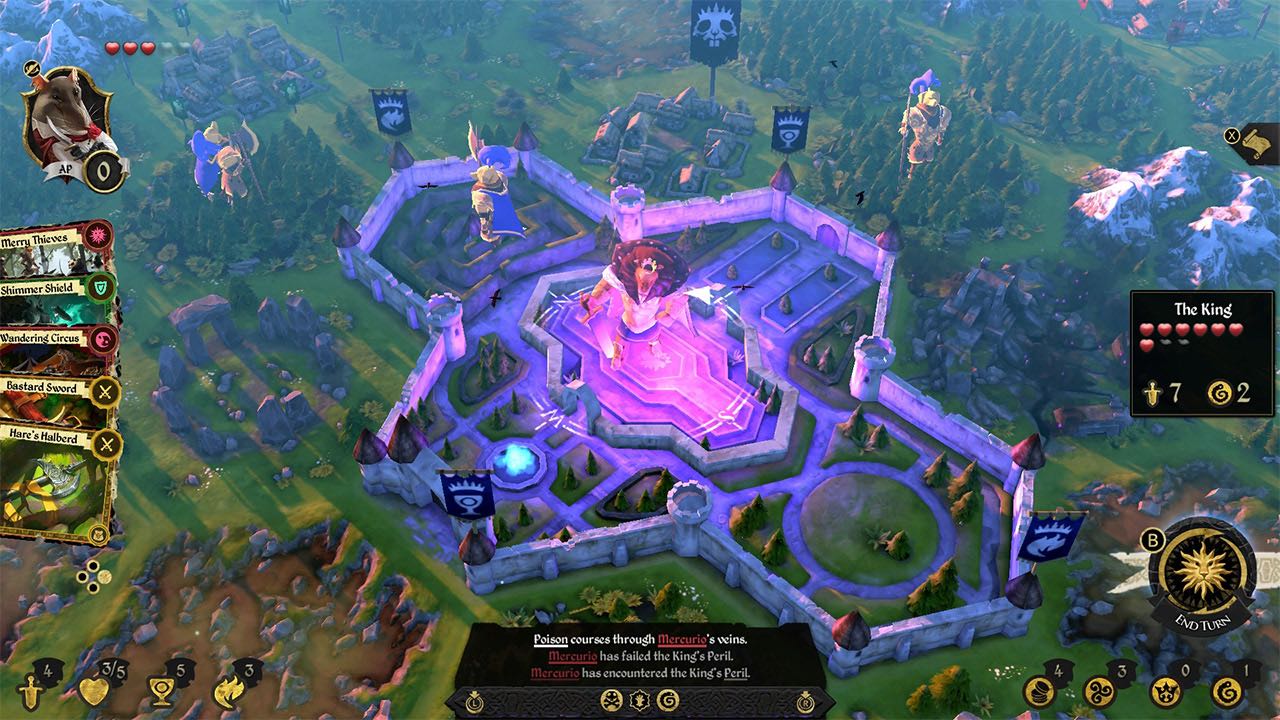 As with, say, the Civilization series, there are multiple paths that will lead to you conquering the kingdom. You can build your Prestige and wait for the Rot to consume the King’s life to achieve a Prestige victory, or breach the palace walls and defeat him in combat for a Kingslayer victory. Maybe you would prefer a peaceful solution in collecting four Spirit Stones to cleanse the kingdom of Rot, or you would rather become the new Lord of Corruption after building a higher Rot value than the King to then kill him.

Whichever route to victory you set out on, the general gameplay remains the same. You choose your hero from one of the animal clans, and then, after selecting your three rivals, you find yourself on a procedurally generated board. Once it’s your turn, you will have the chance to move three tiles in any direction, with quests that you are handed lending an objective to head for. It is important to take the terrain into account. Mountains lend a defensive bonus but will slow your movement, forests will hide your hero at night, settlements that you walk through will fall under your control to steadily earn you gold each turn, dungeons to explore, stone circles that heal you and swamps will damage you.

On that note, your hero isn’t invincible. Crossing paths with a rival, King’s Guard or corrupted Banes will thrust you into combat, while perils (traps placed on specific tiles) will also threaten to deplete your health. Lose all your health and you will respawn at your clan’s starting point, a temporary setback that will slow your efforts to trek around the map. The outcome of these encounters is determined by die rolls. 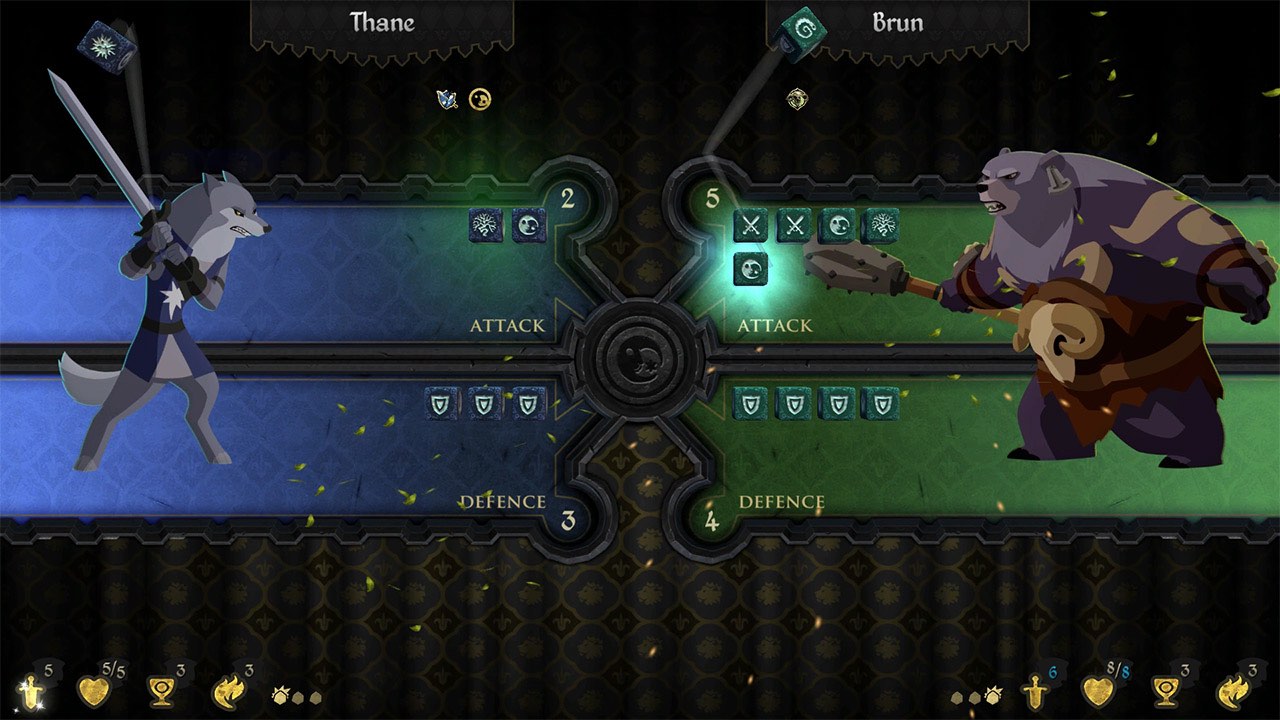 You receive one dice for each Fight point your character’s stats have, and the dice have six symbols. The sword counts as an attack, shield as defence, suns are an attack in the day but a miss at night (with moons the opposite), wylds are an attack that grant a bonus dice roll and rot count as a miss. That probably makes it sound far more complicated than it actually is, but defence will cancel out an attack with the remainder letting you deal damage to your opponent. And if you’re worried that a roll won’t go your way, you can burn cards to guarantee specific symbols.

Helping to sway the odds in your favour are cards that you can play. These cards can be item, spell, trickery or recruitable followers that require gold to use but can lend you extra die, save you from death or equip you with weaponry to harden you in battle. The four clans have particular affinities to consider, too, such as the Wolf Clan receiving an extra dice at night, while each character has their own power.

It is your prestige that soon proves to be important, reflecting your renown in the realm. If it’s higher than your competition, then, at the end of each turn, the King will lend you an ear and you can choose which law the corrupted lion enforces. You’ll need to slay other heroes and complete quests to raise your prestige, although while the laws have some impact they don’t completely upend the experience. 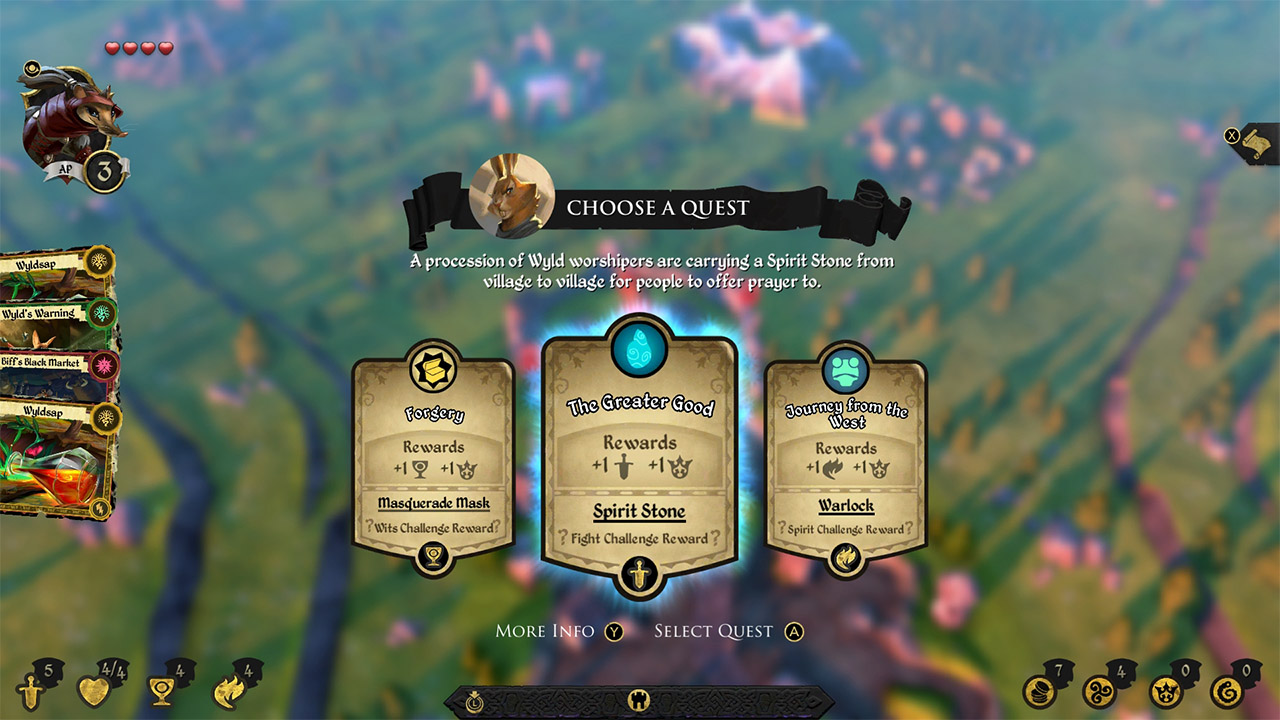 That isn’t to say scoring a victory in Armello is easy. It’s more often not, with the outcome to any situation left to luck rather than anything that the player can more directly influence. I wouldn’t want to change that, and while some may wish that it was more lenient, the challenge makes victory feel all the sweeter. My first win was a Prestige Victory that came after the AI killed the King but also suffered a killing blow in combat, which goes to show how unpredictable it can be.

It looks the part, at least. Armello’s world can readily enchant even if it could do with a little more variance beyond the day-night cycle – such as seasons, perhaps. And, while there are some frame rate dips while the game whirs away in the background to calculate AI-controlled rival turns, the port is otherwise solid.

Take your experience online and you can matchmake with other players in head-to-head multiplayer matches, whether that be in the classic game type or other crazier options that the developer regularly swaps in and out. The lack of a local multiplayer option does seem like a particularly strange omission, especially given how Armello is otherwise the perfect experience to huddle around a Nintendo Switch for.

Armello has been created as a brutal and unforgiving game of chance, and, for those that want to plot and scheme to claim the throne, there’s nothing else quite like it on the Nintendo eShop. Underpinned with smart gameplay mechanics that will forever keep you on your toes, it lays an ample foundation for what I hope are many more games in its world to come.