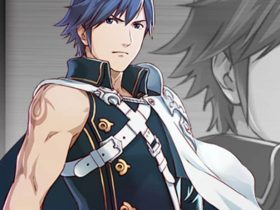 Today’s Nintendo Digital Event sent ripples through the company’s fan base when Eiji Aonuma took a moment to introduce the direction being taken for Zelda Wii U.

We drooled at the sumptuous art direction, celebrated that it was breaking conventions to become more open-world, but precisely who was the young hero that we saw in the trailer. Was it Link?

Apparently, it may not be. Queried by VentureBeat, Aonuma responded: “No one explicitly said that that was Link” followed by a smile and laugh. Connections to Link’s opening blue garb in The Wind Waker were also met with a smile, but the Zelda series producer wouldn’t be pushed for more information.

That leaves us to speculate once again until Nintendo tell us more. What do you think?