SEGA AGES Columns II: A Voyage Through Time Out On Nintendo Switch This Week

In many ways, Another World was ahead of its time way back in 1991. Rarely up to that point had games set out wanting to create a movie like, cinematic experience. No, most games put gameplay first and just tagged on a generic story afterwards. Mario has to save Peach, Link has to save Zelda, you get the picture. The point is that the story simply didn’t matter, but Another World wanted to be different.

Before I carry on, I have to admit right off the bat, that I have never actually finished Another World prior to finishing the Nintendo Switch version. It’s a title that young me found way too difficult to finish, but I have long wanted to play it all the way through, as it’s considered a cult classic by many. It does get harder playing certain games the further in time we go and the further games of today progress. We all know and love games that we consider classics, but when you actually go back to them, they somewhat suck by today’s standards. Another World has had 27 years worth of progression in gaming to get through and because time is not always a games best friend, this hasn’t exactly stood to test of time.

You take the role of Lester, a scientist who finds himself on an alien planet due to a botched experiment. The non-human life forms he meets are in no way friendly, with the sole exception of one, known as Buddy, although I refer to him as Mike (thumbs up to you if you get the reference). You and Mike will go on a journey in which you must evade capture and ultimately escape the planet, all while figuring out puzzles, overcoming obstacles and engaging in combat other aliens and creatures. 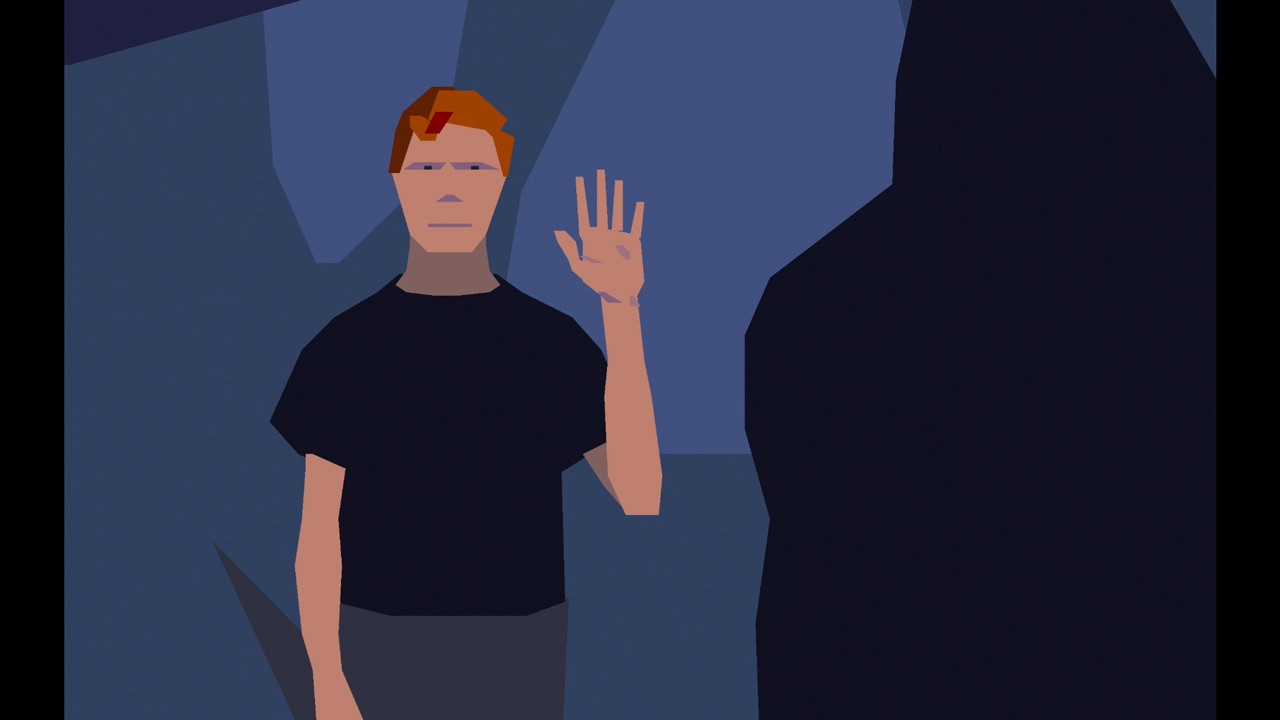 Given that you can beat the game in an hour or less, you would be forgiven for thinking that this is a short experience, far from it. If you have never played or watched somebody else play this before, then expect to put many, many more hours into it. This is all down to its difficulty, it’s a tough game and you are going to die, a lot. During the first 10 minutes of the game, I honestly lost count how many times I had died. Nearly everything you do wrong in the game results in death, and because there is never any indication of what to do next, you will make a long of wrong decisions and therefore many deaths will ensue.

There’s a lot of trial and error involved, for sure. It almost requires you to die first so you know what to do. Even the teeny-tiny worm-like creatures right near the start will kill you a good few times before you actually work out how to defeat them properly (hint, you crouch down and kick them. Obvious, I know). I even comically died the moment the game allowed me to take control, purely because there was no indication that I was in control. For a game made in 1991 to fool me into thinking I was still watching a cutscene rather than playing, well, that is quite impressive I must admit. What this ultimately means for us, the player, is that you require a lot of patience to get through Another World. So much so, that I honestly think that only a small percentage of people that start the game, would actually finish it because they will just give up.

The way you attack enemies is a bit different to what you might be used to. Your laser gun has three different shot settings, all of which can be activated using the same button, just by holding it down for longer. A quick press will simply fire the gun as you would expect it to. Holding the fire button down slightly longer and releasing will set up a shield, which you can shoot through, but will hold off the enemy fire for a short time. The third and final shot you can use requires you to hold it down even longer than the shield and what this does is release a shot that can penetrate and take out an enemy shield in one blow. It takes some getting used to as, for the most part, whenever you’re in a gunfight, you aren’t fighting just one enemy at a time, it’s usually multiple, so it takes time getting to grips with what type of shot you should release and when to set up another shield. It’s surprisingly tactical. 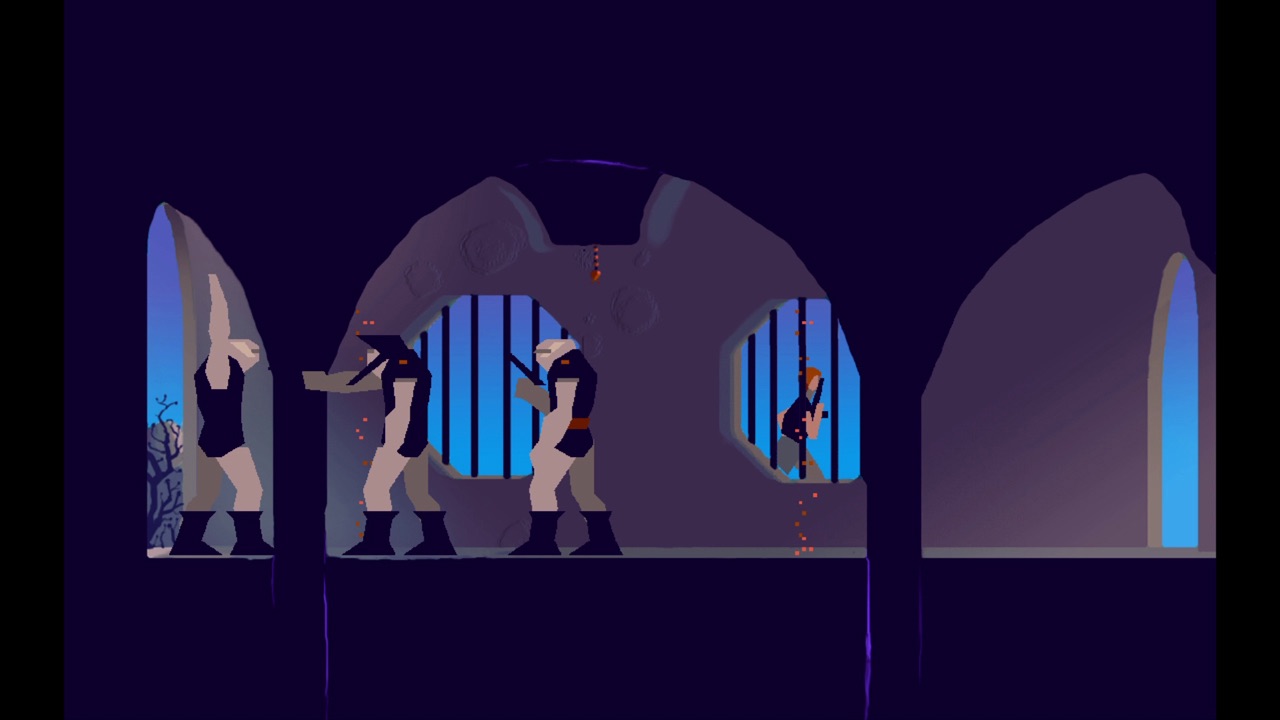 One really cool feature is that at any point during the game, no matter where you are or what you’re doing, a quick press of the ‘Y’ button will instantly change the graphical style from the original 1991 version, and the HD version. It might seem like such a little thing, but it’s a great feature that I wish remakes did more often. Of course, I understand why certain games cannot have it, but we see games such as this and Monster Boy include it, so surely more can too. Changing it to the newer HD visuals, in truth, doesn’t make it look that much better as it stays very true to the original and instead just smooths out some of the jagged edges. The characters and environments are still rather simple looking, although it has to be said, it was a decent looking game for its time.

It is a little lacking if you compare it to other remakes of older titles, though. Nothing else of great note has made its way in there. It has multiple difficulty levels, none of which eliminate the constant dying and retrying you have you go through, though. In fact, it is the exact same release that came out on the WiiU a few years back (and pretty much all platforms in the last few years) so if you were hoping for some more enhancements then you are out of luck. I think the biggest gripe many will have with this, is that we still have the other half of the story missing. Heart of the Alien followed directly on from where Another World ended and this would have presented a fantastic opportunity for fans to finally play both of them together in one package, but it just wasn’t meant to be.

Games have certainly moved on. You don’t find many games that are this punishing, and I can certainly see why a lot of people would be put off by the trial and error style gameplay. You have no doubt played many titles over the years that were inspired and influenced by Another World. Sure, it may have lost its magic over the last 27 years but that is only to be expected. For what it did for gaming in the early 90’s, it deserves to be experienced nonetheless.