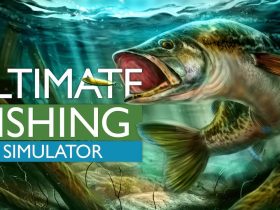 After signing up for the ultra-exclusive Nook Inc. Deserted Island Getaway Package in Animal Crossing: New Horizons, Tom Nook will soon ask you to suggest a name for the island that you now call home.

There are many Animal Crossing: New Horizons island names that you can consider, and, while we’d always want to point out that this is a personal choice that you will need to make, you may be turning to the internet for some creative inspiration.

While you’re enjoying the island-warming party with Tom Nook, Timmy, Tommy and your randomised anthropomorphic animal-neighbours, you will be asked to come up with an island name. The others will throw out their own suggestions like Raccland, Bellview and Isla del Biceps, but, ultimately, it falls to you to make the final decision.

There is also a 10-character limit, so you would need to consider making your Animal Crossing: New Horizons island name Eventide rather than Eventide Island, for example.

It’s an important decision, then, especially as you will only be able to create one island per Nintendo Switch system – even if you use multiple games. And, with the chance to invite friends, family and other players to your island, first impressions always count and you will want to choose a name that matches up with your personality and interests.

The key interest that we all share is our love and enthusiasm for video games, and so we have created a list of fictional islands that have appeared in them over the years as a source of inspiration: