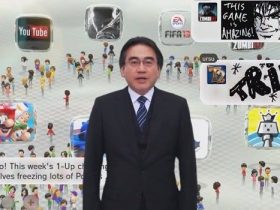 Miiverse improvements on the way

As rumours of an announcement regarding a Wii successor continue to emerge, industry analysts have weighed in with their thoughts as to whether its estimated late 2012 launch is too late for Nintendo – Wedbush Morgan analyst Michael Pachter certainly thinks so.

“I think the right time for the console was in front of Kinect and Move, and think that Nintendo has forever lost one customer for each Kinect and Move unit sold,” Pachter expressed, “That means they should have launched the Wii 2 in Fall 2009, and at the latest in Fall 2010, so a launch in 2011 is late.”

He continued, “With that said, it’s never ‘too’ late, since they can retain the lion’s share of the market by inducing current Wii owners to upgrade, and by capturing undecided consumers who have either not yet purchased a console or who have not yet bought Kinect or Move.

“It’s highly likely that there is a Wii 2 reveal at E3,” he added. “If they don’t do it this year, then it might be too late next year.”

This was echoed by M2 Research analyst Billy Pidgeon, who stated that Nintendo needed to act quickly although they must ensure that the current Wii installed base must be catered for.

“Nintendo needs to launch first in the next generation, as Wii is somewhat saturated and the console’s low resolution graphics lag in the current generation,” Pidgeon discussed. “I expect the next Nintendo console in 2012 at the latest, so a 2011 E3 launch announcement is a strong possibility. There will be some risk for Nintendo in the next generation – Wii has a huge installed base and Nintendo should work to keep that base active as long as possible.”

He continued, “Nintendo has successfully straddled handheld generations, but console succession is far trickier. ‘Wii 2’ will need to be backwards compatible, as Nintendo is likely to support Wii with software until the next console gains sufficient penetration.”

Pidgeon even speculated that the new hardware would boast improved motion control and the potential for a Kinect-esque tracking camera: “The next Nintendo console is likely to have improved motion control and to include video camera tech, but I’d be disappointed if it didn’t have some off-the-wall innovation that pushes the medium forward in an unforeseen direction.”

In order for the system to prosper against the PlayStation 3 and Xbox 360, Pidgeon also expressed that Nintendo would need to implement a far more efficient online system to compete effectively.

“With Wii and with handhelds, Nintendo doesn’t compete with other vendors on hardware. In fact, Nintendo leads with hardware control and user interface,” he said. “However, Nintendo must step up and compete in the online console marketplace and multiplayer experience, where Microsoft and Sony are performing strongly. Connected devices’ online experience should lead, rather than follow, the hardware’s capabilities.”

EEDAR VP Jesse Divnich was a little more reserved in making his predictions, yet agreed that a late 2012 launch was more than likely for the system: “Unfortunately I cannot speculate on what a Wii 2 will have. I literally have no information on it, so anything I speculate will surely be wrong. But I can say this. Nintendo doesn’t go with the flow, they never have, and gamers can expect Nintendo to continue to be original and offer up an experience that simply cannot be found or matched on other platforms.”

He continues, “But if you want to use some historical information. Nintendo announced the Revolution, later renamed the Wii, at their 2005 E3 press conference, a full year and half from its official release. So a Wii 2 announcement certainly wouldn’t be a shocker if they plan for a 2012 holiday release.”