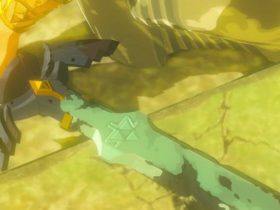 How To Get The Master Sword In The Legend Of Zelda: Breath Of The Wild

Nintendo have detailed their launch plans for amiibo, their line of interactive figures that will be compatible with multiple games such as Mario Kart 8, Super Smash Bros. for Wii U and Captain Toad: Treasure Tracker.

This will then be closely followed by a second wave, confirmed to launch in Europe on December 19th, that will add Zelda, Diddy Kong, Luigi, Little Mac, Pit and Captain Falcon to that roster.

Currently games that will support select amiibo figures will include Mario Kart 8, Super Smash Bros. for Wii U and Nintendo 3DS, Captain Toad: Treasure Tracker, Mario Party 10 and Yoshi’s Woolly World, with more promised to come. The only thing we fear at this point is our wallets…