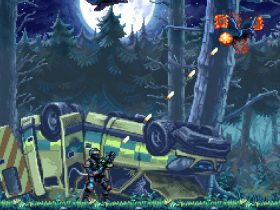 Spike Chunsoft has revealed that AI: The Somnium Files has suffered a delay on Nintendo Switch, and will now release months later than originally planned.

“A new release date has been announced for Spike Chunsoft’s upcoming detective adventure, AI: The Somnium Files. The game will be released on September 17 for North America,” Spike Chunsoft confirmed in an update.

“We deeply apologize for the change, but we would like to assure the community that it was necessary to ensure the best product possible. We know our fans are eagerly anticipating this title, and we will continue to strive to meet your expectations.”

This neo-noir detective adventure game from Zero Escape series director Kotaro Uchikoshi is set in a near-future Tokyo. You play as Metropolitan Police Department detective Kaname Date who is searching for a mysterious serial killer after a woman’s body is found in an abandoned theme park, mounted on a merry-go-round horse.

Stabbed repeatedly and with her left eye gouged out, you must solve the murder. That will see you investigate crime scenes and dreams in your hunt for clues. Your only lead is a young girl who was discovered in the merry-go-round’s central column, gripping a bloody ice pick in her hands.