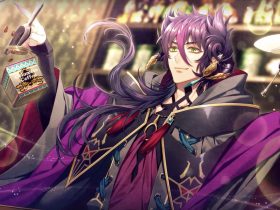 I think Aegis Defenders suffers a little from an identity crisis and, if I’m honest, it might be a good thing. On the surface, the game looks like a 2D platformer with puzzle elements. The pixel art graphics bolster this with great animations of the father and daughter team out scavenging for treasures in a post-apocalyptic world. Ultimately, Aegis does feature a lot of movement associated with a platform game, but that only constitutes fifty percent of the gameplay mechanics. The other half is akin to a tower defence horde mode.

Our hero duo are used to a life of searching for valuable items within the environment that surrounds them. Linear levels full of lush greenery nods to a world taken over by nature and gives the game a lovely atmosphere. When exploring one day, they stumble across a robot who leads them into a story of adventure told wonderfully in short cutscenes and conversation which takes place in the quiet moments between levels. There’s a significant amount of lore that structures the world and keeps the narrative interesting. There are moments of cliché, but it’s to be expected with a game that has roots in a fantasy world setting.

Each level starts with a little storytelling before launching into the platforming aspects of the title. Clu and Bart can leap gaps and ascend sections of the level to track down items that will be sold, the currency is then used to upgrade their talents and items. The beauty of this side of the game comes from the colour based system – Clu is dressed in blue and Bart in Yellow. This means that only Clu can access doors or areas marked with blue and so on. While the game can be played in co-op, a solo player can juggle the characters with the shoulder buttons; primarily helpful for making one character stand on a switch while the other goes off to a newly opened area. 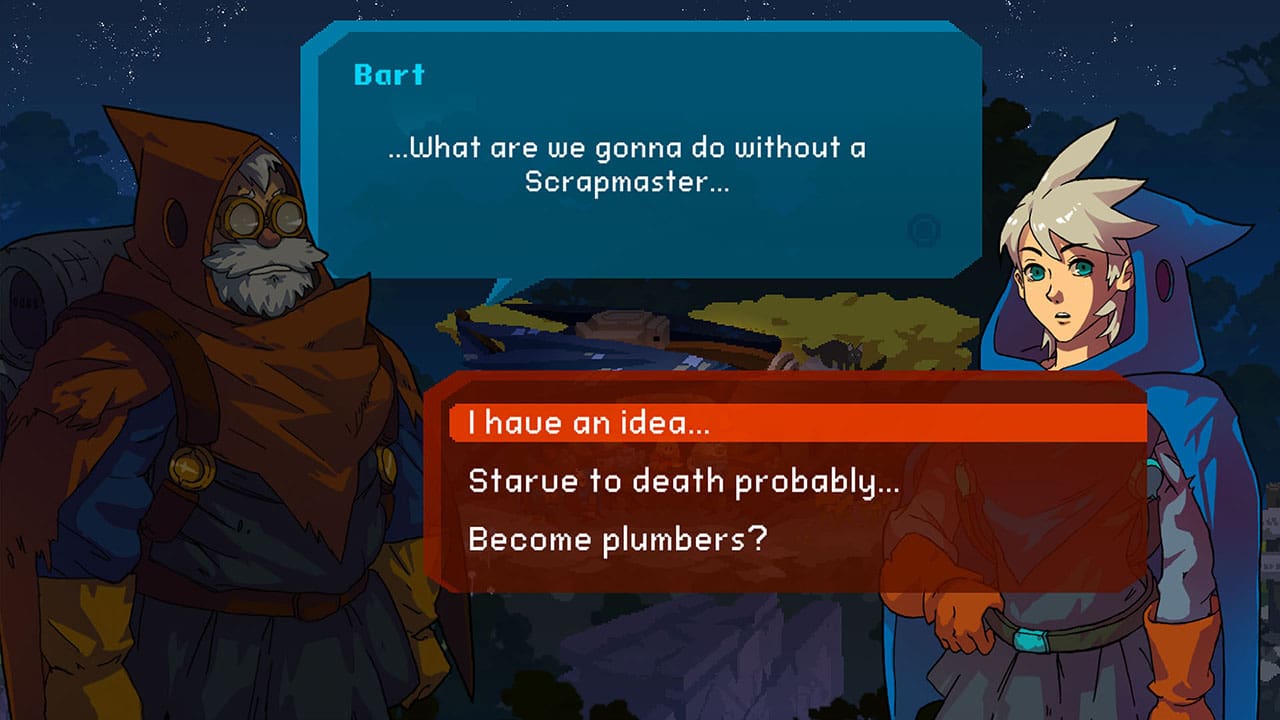 Each member of the cast has a certain ability – Bart can place blocks which act as defensive cover or can be climbed to reach new areas; Clu, she can lay traps or place bombs to break away floors and walls. When combined, a whole list of new equipment can be used. Here is where the second half of the game comes into play.

Once you’ve jumped around and explored you’ll reach a staging area for the tower defence section. Here, you must prepare the area to hold off waves of enemies while defending a central point, hence the name Aegis Defenders. Creating defence points is done by collecting materials from within the level and they can be found in this battle area too; they even replenish between waves allowing for extra defences to be created.

At first, you’ll only have access to the bombs and a turret which is created by placing two defence blocks together. Later, the bombs and turrets can be combined to create a triple shot turret and this goes even further. Once you’ve set up your defences it’s simply a case of starting the invasion. Of course, you can only control one character at a time, so the excitement here comes from swift changing and ideal placement. 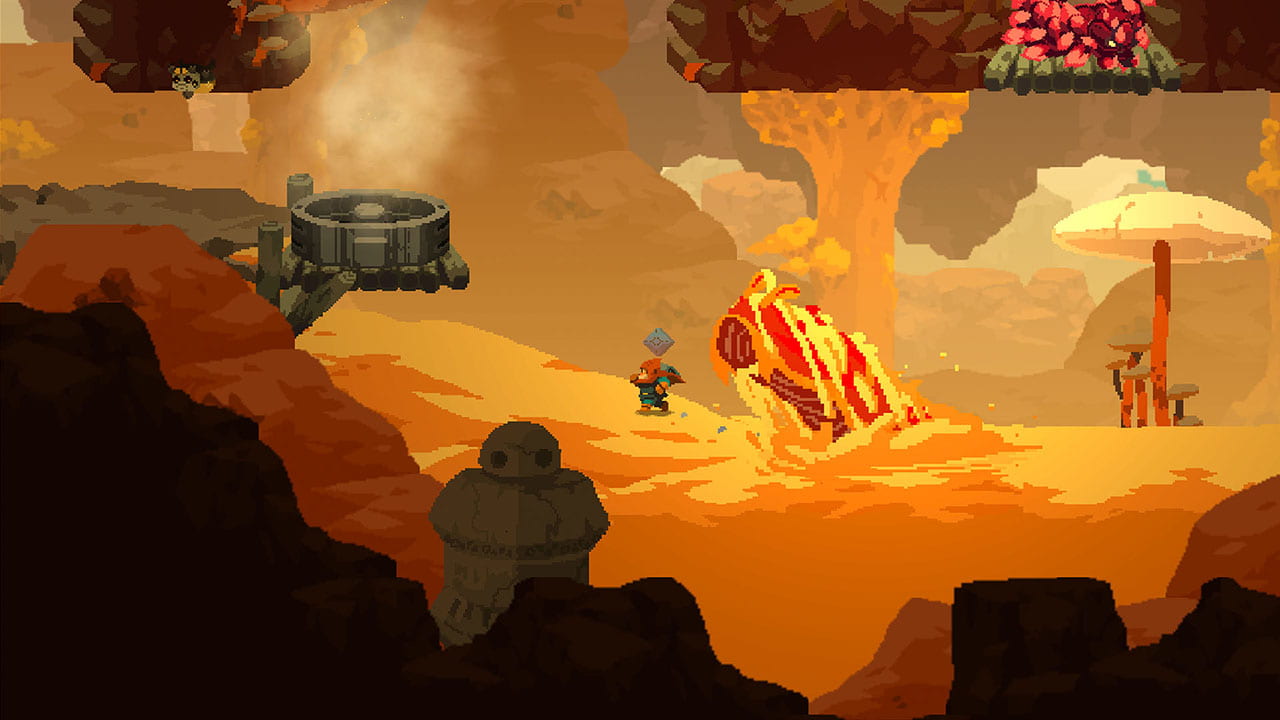 Clu is armed with a rifle and should she shoot any enemies coloured blue, she’ll do double the damage. If Bart were to strike them with his hammer, he’d do half of the damage. This mechanic brings the combat sections to life and elevates it above a simple place and forget style. Sometimes it works best to leave Clu in a position where she can snipe enemies while you control Bart running around bashing creatures on the head and repairing the turrets. Other times might require more firepower, leaving Bart to hang back.

The variation of enemies is inspiring. Some trot out of their little hideaways bulked out in armour, meaning they need to be hit with the hammer before Clu can shoot them. Some are explosive, others become rolling boulders that can be shoved into oncoming enemies flattening them in one hit.

It does seem that Aegis Defenders was designed with more than one player in mind, though. Playing solo often leads to moments of panic or fumbled buttons. It can also mean leaving one character behind for a while, only to need them up front in a moment of chaos. For solo players, this can become a frustration, but should you have the chance to play with a friend, the game takes on a whole new life. 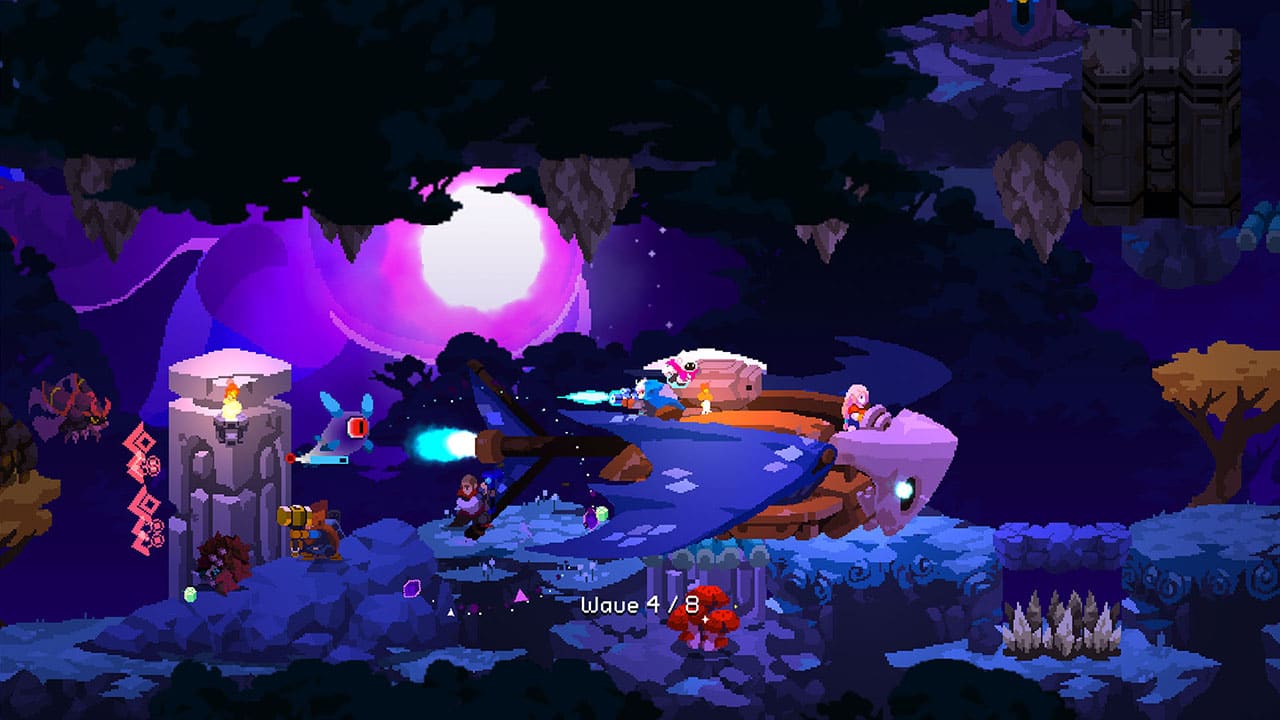 Once the battle is over, it’s time to sell the spoils of discovery and level up our team. Experience points are gained via the exploration; ensuring you find as much as you can. It’s also earned through dialogue options in conversations with NPCs. Crafting a conversation a certain way will offer up more points than others, meaning that better defence items can be unlocked or maybe your gun will shoot a little faster. Perhaps you use these points to speed up material collection.

It’s in these moments that charm of Aegis Defenders rises to the top. The visuals are sumptuous and eye-popping with colour. The design of the worlds and characters could have played into the tropes we’ve seen a thousand times before, but each feels wonderfully original. This accompanies a gentle and subtle soundtrack that perfectly fits the overall style and package. This is definitely a game worth exploring, more so if you have a second person to grab a Joy-Con and join in, but it’s worth keeping in mind that the two styles of gameplay differ wildly and while they’re both steeped in quality, should one of them not appeal, it might lose some of its shine.