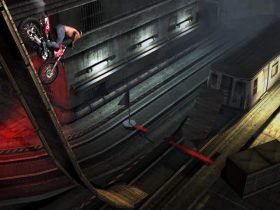 Namco Bandai have today announced at their annual Level Up event that they are to release an Ace Combat title for Nintendo 3DS.

Currently being developed by Project Aces, this marks the first time that the arcade-style flight-action series has seen an outing on a Nintendo system since Ace Combat Advance released for the Game Boy Advance back in 2005.

Whilst details currently remain light, we’ll be sure to update you as and when we learn any more.