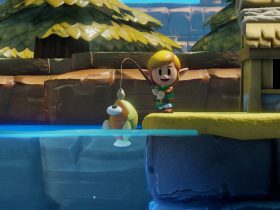 It’s funny how sometimes you never really knew you wanted something until it comes along and surprises you. That was the case with 51 Worldwide Games, a follow-up to the Nintendo DS gem 42 All-Time Classics announced out of nowhere back in March during the Nintendo Direct Mini.

Just like that game, the Nintendo Switch sequel compiles a healthy selection of games that include everything from familiar classics like Chess, Darts and Blackjack to perhaps lesser-known pastimes like Hanafuda and Hare and Hounds. With the total now topping an impressive 52 (if you include the piano) is this merely a case of quantity over quality?

Working my way through the long list of games has been an absolute joy from game one through to 51. One moment I’m playing old favourites I haven’t touched in years such as Yacht Dice (or Yahtzee to most) and Ludo (or Frustration as we call it over in the UK) and the next learning the rules to a brand-new experience. A few standouts for me personally have included Speed, Bowling, Air Hockey and Chinese Checkers.

Speed is a two-player card game where the aim is to get rid of all your cards as fast as possible by placing them on one of two stacks in the centre. The catch is you can only play a card if it is one higher or lower than what is on top of the stack. What I love about this game is that players don’t take turns and instead it’s a manic race to slam down your cards before your opponent.

While it may not feel exactly like the Wii Sports version, Bowling is pretty damn close. Enjoyable with the touch screen but even better when using motion controls. We all know what Air Hockey is, but what makes this so much fun to play is that it feels great whether using touch or traditional controls. And then Chinese Checkers was one of those games I’d heard of many times before but never stopped and had a go at it for myself. The aim is to move your six marbles from one side of a hexagram to the other. Pieces can move one space at a time but can also hop over other pieces making this a true test of strategy.

These are just four that spring to mind now but there are plenty more I could easily rattle off. Part of the fun though is discovering them for yourself and chances are your highlights may be totally different to mine since the level of quality on display is so high.

Have there been any stinkers in the pack? While I wouldn’t exactly call them stinkers, there have been a small handful of games (often those relying solely on luck) that I’ve found myself less inclined to return to. Then again that’s more down to personal preference, and there’s likely plenty out there who enjoy a game of Pig’s Tail.

51 Worldwide Games has reacquainted me with some old childhood favourites but more importantly, it’s also introduced me to plenty of new experiences from other cultures. Games like Mancala, a two-player strategic counting game that involves moving coloured stones between pockets on a board as you try to collect more in your store than the opponent. Renegade meanwhile plays similarly to Four-In-A-Row with two key differences: it takes place on a board rather than a suspended grid and players try to line up five of their coloured stones instead of four. Even a game like Nine Men’s Morris – that I’m absolutely horrible at – has proven highly enjoyable if just because it’s unlike any board game I’ve played before.

In fact, for me personally, I’ve found 51 Worldwide Games manages to balance its selection rather well between the different types (card, board, action etc) as well as the familiar and arguably less-so. It’s a range that has both reignited older obsessions and opened my eyes to a wealth of new ones too. Thankfully, the game gives you access to its entire lineup right from the start with unlockables limited to card designs and AI difficulties.

Every single game can be played on your own against AI opponents of four difficulties. Taking on the CPU proved great for two reasons. Firstly, the lower difficulties allowed me the chance to get used to games I’d never played before and secondly, the harder settings proved more than enough challenge keeping rounds exciting and engaging. It’s great that even in a compilation filled heavily with multiplayer-focused experiences, playing on your own can still be an enjoyable time.

Of course, multiplayer is where the game really thrives both locally and online. Local play can be done using one system or multiple with the latter option only requiring one person own a copy of the game while the rest download a free app. This sort of thing was appreciated on the 3DS and its just as much so here. While using each method will limit the number of games you have access to, you’ll still find a healthy amount left to tackle… just so long as there’s only two of you playing. A third and fourth player can get involved, but the selection available takes a dramatic drop. Even games like bowling and darts are strangely restricted to a pair. This applies when playing online also so if you’re coming into 51 Worldwide Games expecting the next great group multiplayer experience you may leave disappointed.

On the topic of online, 51 Worldwide Games handles things surprisingly well. Like, really well especially for a Nintendo published game. When choosing online you’ll be able to select three games you want to search others for or if you don’t care you can also opt for anything. While this is a pretty smart way to go about things, even better still is the fact you’re able to play on your own while you wait for the game to find other players. That means no time wasted just waiting about doing nothing.

This may be just a pretty straightforward assortment of games but it still boasts that same high level of polish we’ve come to expect from each Nintendo-published release. Your avatars come in the form of miniature figurines that litter a rotatable globe highlighting other player’s performances as well as offering game suggestions. Every game has a photorealistic look about it, everything clear and pleasing to look at while the music accompanying is in a word, pleasant. Whenever you select a game, you’ll get to watch a brief exchange between the aforementioned figurines, that’s fully voiced acted. Sometimes they’re useful for explaining how to play a game, most of the time though it’s pure cheese as the characters banter back and forth in cringing fashion. To be honest, after a handful of these I simply skipped onto the written rules instead.

Control-wise, 51 Worldwide Games does little wrong, each game easy to pick up whether involving cards, boards or sees you doing something a little more action-focused such as bowling or air hockey. You’ll find a number of options dependant on the game itself, most playable with traditional or touch controls and some even including a motion option. Annoyingly, the game forces you to use the Joy-Con when playing with friends locally, a decision all the more baffling when you consider the fact a Pro Controller does work if you’re playing alone. Sure, the games aren’t exactly the most complex of beasts to control, but I’d prefer to hold my more comfortable Pro Controller nonetheless.

51 Worldwide Games is a brilliant collection of some of the best (and in some cases oldest) games out there. From cards to dominoes and boards to balls, you’ll find a varied mix both familiar and fresh all wrapped in a wonderfully clean and polished package. Much like Animal Crossing: New Horizons, 51 Worldwide Games is another one of those releases that can be enjoyed by anyone be they a gamer or not. It may not have the earth-shaking excitement of a new Mario or Metroid backing it, but it certainly delivers on the fun. Do not pass on this delightful gem.