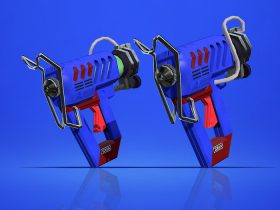 Ratalaika Games and Shinyuden have announced that Heroes Trials will release on Nintendo Switch next week, a role-playing game that can be beaten within four hours.

With the promise that you will set out on a dynamic and fast-paced adventure, players will play as one of two heroes that are training to become the defender of their homeland.

To do so, you must participate in a more than 10-strong trial system that will teach you the skills that are needed to overcome the final challenge.

Each hero has different attacks and abilities that you can combine to solve puzzles and topple bosses, with the experience designed to encourage speedrunners to beat it in as fast a time as possible. Those that want to explore the island freely can also do so, searching for the items that are hidden.

Heroes Trials will release on the Nintendo eShop for Nintendo Switch worldwide on January 25th, priced at ($5.99).