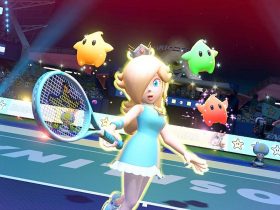 This sequel to 20XX continues to take inspiration from classic Mega Man titles but has been “infused with modern design” to build upon the Megaroguelike foundation of the original game.

Nina has a new Power Fusion system that allows her to “meld together abilities earned from vanquishing bosses and tailor them to the situation at hand with 64 separate attacks.” Whereas Ace has versatile Techniques that can be chained together with standard attacks to unleash fierce combos.

30XX will release on the Nintendo eShop for Nintendo Switch worldwide in 2021.