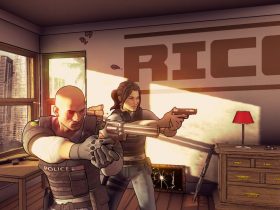 In a new Nintendo Presents video recorded at Gamescom 2019, Nintendo has explored a new garden-themed floor in Luigi’s Mansion 3.

Looking to recover another elevator button, Luigi will be confronted with Dr. Potter who, after watering a venus flytrap, the timid hero’s reach.

After receiving an invitation to a luxurious hotel, Luigi sets out on a dream vacation with Mario and friends. However, his dream soon becomes a nightmare when King Boo reveals that it was a plan to capture them all.

The ScareScraper mode can be played online or locally with up to eight players on four Nintendo Switch consoles, challenging players to clear objectives on a series of floors within the time limit.