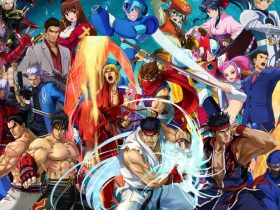 Pokémon Trainers across Europe can now pencil in dates within their calendars for the 2013 Pokémon European Video Game Championships.

With entry available to players of all skill levels, this year the event will be held across three major cities: Milan, Italy (May 11-12th), Bochum, Germany (May 26th), and Birmingham, United Kingdom (June 2nd).

Those that attend will battle their opponents to earn themselves a Travel Award which will see them participate within the 2013 Pokémon World Championships, due to be held in Vancouver, Canada, this August.
New to this year’s event is that players will no longer be eliminated after a single loss, and therefore be able to play multiple rounds throughout the day.

Then, players topping the leaderboard will advance to a single elimination round format that will eventually determine the Pokémon Video Game National Champion.

As for the rules, players may build teams using the National Pokédex, and must only play using Pokémon Black 2 or Pokémon White 2. You will also need to bring your Player ID to compete, which is gained through creating a Pokémon Trainer Club account on the Pokémon website.

Players will once again compete across three separate age divisions, based on their dates of birth:

Registration Information
All tournaments are free to play, with entry granted on a first-come, first-served basis. For the first time in Europe, the Pokémon Video Game and Pokémon Trading Card Game (TCG) National Championships will occur over the same weekend, at the same venue. The Pokémon TCG portion of the event will only be open to British, German, and Italian players (depending on location).

For more information regarding rules, regulations and registration, it’ll be best to check the Pokémon website.