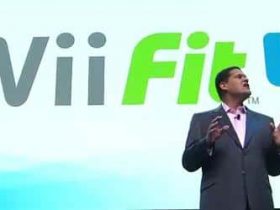 Spike TV have announced that this year will see it offer the first ever Video Game Hall of Fame Award.

Such an annual honour will recognise the most memorable and innovative video game franchises in history, the first recipient of which is set to be Nintendo’s iconic The Legend of Zelda series.

It will take its rightful place as the first entry into the Video Game Hall of Fame, marked by a special tribute, at the 2011 Video Game Awards – the network’s ninth annual live televised event to celebrate the best in games – which is due to take place on Saturday 10th December.

“The VGAs always celebrate the best games of the year and previews the future with world premieres,” explained Casey Patterson, executive producer of the VGAs and executive vice president of event production for Viacom Media Networks Entertainment Group. “Now our Video Game Hall of Fame will recognize the game franchises throughout history that have brought our industry to where it is today.”

“It is only natural to start with Zelda,” commented Geoff Keighley, executive in charge, publisher relations at Spike. “‘The Legend of Zelda’ is a franchise that inspired many of us to see the potential of games when it debuted 25 years ago, and one that has successfully transitioned from one game console generation to the next and continually shown the narrative and artistic potential of the medium.”

“All of us at Nintendo are truly honored to have ‘The Legend of Zelda’ as the first inductee into Spike’s Video Game Hall of Fame,” adds Scott Moffitt, Nintendo of America’s executive vice president of Sales & Marketing. “As we mark the 25th anniversary of the ‘Zelda’ series, we look forward to the December 10th VGA event as a very special way to celebrate with fans and SPIKE viewers around the globe.”