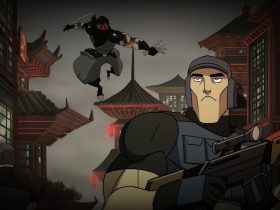 Mark Of The Ninja Remastered Review

Having seen release to coincide with The Legend of Zelda’s 25th anniversary celebrations, Four Swords Anniversary Edition has made an unannounced return to the Nintendo eShop.

3DS owners across North America will have until Sunday 2nd February at 11.59pm PST to download the special commemorative version of the Game Boy Advance release entirely free of charge.

Four players that each have the title will be able to join each other in local multiplayer to compete for rupees as they look to rescue Princess Zelda from the clutches of wind mage Vaati. Whilst those playing alone will find themselves tasked with controlling two Links, switching between the two as you look to tackle the quest before you.