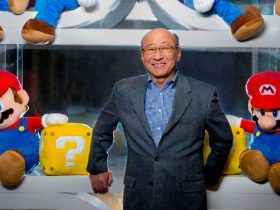 Even though The Legend of Zelda for Wii U and Nintendo NX will now see release next year, 2016 marks the 30 year anniversary since Link first dared to go it alone on the Nintendo Entertainment System.

That isn’t to say that they won’t be celebrating, with the Nintendo NY store sharing that they will be selling an exclusive The Legend of Zelda limited edition t-shirt and art cel collection this week.

This will be the first in a series of six designs, which will come with a certificate of authenticity and a The Legend of Zelda: Skyward Sword art cel.

The Legend of Zelda for Wii U and Nintendo NX will see release in 2017.

The first exclusive TLOZ LTD Ed. t-shirt and art cel collection will go on sale next week at #NintendoNYC pic.twitter.com/YHqSwUoqAc