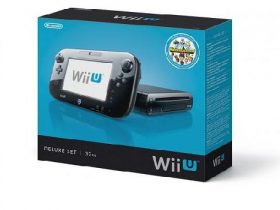 Nintendo have confirmed that The Legend of Zelda: A Link Between Worlds will boast a Hero Mode, which has befit the series in recent years.

It will see you take more damage from foes that you face although, unlike The Wind Waker HD, it will require players to firstly complete Link’s adventure for Nintendo 3DS, allowing you to gain familiarity with his quest across Hyrule and Lorule. Nintendo tease that you will find “a small hidden extra” in Lorule during this second playthrough.

Minigames will also make an appearance to reward you with rupees and heart pieces, Treacherous Tower seeing Link fighting his way through numerous floors filled with a variety of enemies across three difficulty levels, whereas the baseball-inspired Octoball Derby will see Link earning rupees by smashing pots and knocking over enemies littering the field.

The Legend of Zelda: A Link Between Worlds releases for Nintendo 3DS across North America and Europe on November 22nd.