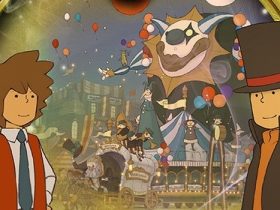 LEVEL-5’s Youkai Watch has already been heralded as an enormously successful new IP across Japan, and it looks like the sequel will allow such acclaim to continue.

Japanese sales tracker Media Create reported that pre-orders for the 3DS exclusive had eclipsed 814,000 copies across the country, ahead of the game’s launch last Thursday. Such number had steadily grown ahead of launch, and would have been even larger had retailers not stopped accepting pre-orders after stock allocations had entirely sold out.

With such clear traction behind the release, Media Create are predicting that it will be the first game to surpass one million sales this year. There are two versions available, Youkai Watch 2: Founder and Youkai Watch 2: Head, with no confirmation yet as to whether they will head westward.