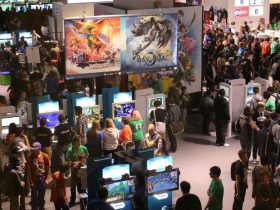 Opening launch weeks were slightly higher than Famitsu‘s estimates, with the 3DS exclusive having sold 1,316,707 copies – far outpacing the original which sits at more than 1,176,134 sales life-to-date.

The sequel was available in two versions – Honke (Head) and Ganso (Founder) – which respectively sold through 95.53 and 88.77 percent of their entire shipment to retailers. That leaves relatively little stock on store shelves, which is a concern if the company wish to maintain sales momentum – not that it would appear that demand will die down any time soon. Naturally, consumers can still turn to the Nintendo eShop to purchase either release digitally.