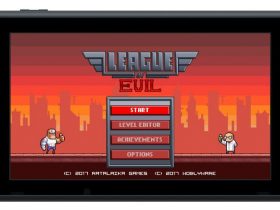 Ratalaika Games Developing 0000 And League Of Evil For Nintendo Switch

This week’s Super Smash Bros. Ultimate Direct revealed World of Light as the Adventure Mode in the mascot brawler.

In the cinematic trailer that was shown, we saw an unknown enemy turn Master Hands into spears of light to then turn the Nintendo Switch exclusive’s cast of characters into Spirits.

Kirby was the only one to escape, and, in the single-player mode, you must battle to save fighters and spirits in a world that has lost everything.

We now know that the kaleidoscopic boss is called Galeem, and, positioned as “the ultimate enemy,” Nintendo added that fighters and spirits must team up to stop the fiend before it is too late.

“I should mention that the Adventure mode in this game is nothing like what we came up with for The Subspace Emissary,” Sakurai warned. “That said, what exactly caused all these characters to lose their bodies and transform into spirits? I’ll show you how it all begins…”