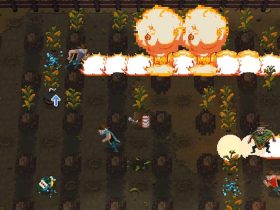 Jackbox Games has announced that You Don’t Know Jack will return in The Jackbox Party Pack 5, which is releasing on Nintendo Switch this year.

The trivia game’s first return appearance since the original The Jackbox Party Pack, Cookie is back with new twisted questions and creative insults for you and your friends.

Fan favourite question types are back like the DisOrDat and the Gibberish Question, with new ones to be thrown in too. While You Don’t Know Jack will support up to eight players, audience integration, and streaming features.

The Jackbox Party Pack 5 will release on the Nintendo eShop for Nintendo Switch in Fall 2018.