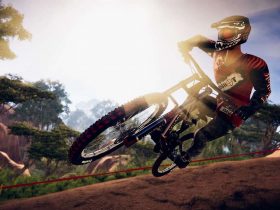 Freeride Down Mountains In Descenders On Nintendo Switch This Year

Nintendo is searching for the greatest Nintendo Labo creations and customisations, with everyone around the world invited to take part and have a chance to win some amazing prizes in the Nintendo Labo Creators Contest.

The prizes that are up for grabs are different in each region but include a special Nintendo Switch that has been designed to look like cardboard, a Joy-Con Pair that has been customised with the same design, a Nintendo Labo Creators jacket and a framed award certificate signed by developers that worked on Nintendo Labo.

Those that want to learn more about the Nintendo Labo Creators Contest should check the official Nintendo website for details, whether that be in Europe, North America or Australia and New Zealand.