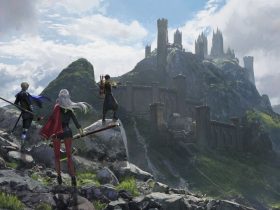 Nintendo has confirmed that you can now upload up to 64 courses in Super Mario Maker 2, with plans to increase the course-upload limit again.

“The maximum number of courses that you can upload has been increased from 32 to 64 courses,” Nintendo confirmed.

In Super Mario Maker 2, you once again have the chance to play, create and share your own courses, with access to even more tools, items, and features than in the original Super Mario Maker – which went on to sell more than four million copies worldwide on Wii U.