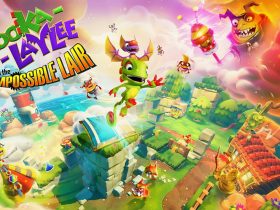 You can now read world-famous manga on your Nintendo Switch through InkyPen, the monthly comic subscription service.

InkyPen has teamed up with Kodansha USA Publishing to bring manga such as Attack on Titan, Parasyte, Battle Angel Alita, Fairy Tail and more to the service.

“Our readers wanted manga and we listened and there’s simply no bigger and better manga publisher than Kodansha,” explains InkyPen CEO Ronan Huggard.

“We’re excited for not only InkyPen readers, but also Nintendo Switch users to have easy access to a growing number of Kodansha USA Publishing titles through this all-you-can-read service.”

After downloading the InkyPen app on the Nintendo eShop, you can sign up and subscribe to start reading a catalogue that has more than 10,000 titles – with comic books from the United States, European comics and manga.

Whether choosing to read at home in TV Mode or on the go in Handheld Mode, you will have access to the whole catalogue rather than needing to buy individual issues.

InkyPen is now available exclusively on the Nintendo eShop for Nintendo Switch worldwide, with the subscription priced at €7.99 ($7.99) per month.