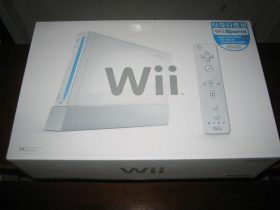 After Nintendo revealed that the Super Crown power up could turn Toadette into Peachette in New Super Mario Bros. Deluxe, fans have been pondering other transformations.

Bowsette was the next creation to take the internet by storm, and, thanks to hacker and mod creator StupidMarioBros1Fan, you can now defeat her in New Super Mario Bros. Wii.

“Bowsette is mostly based off the original comic that started the trend, but with some tweaks to match Peachette such as different coloured eyes, earrings and crown,” StupidMarioBros1Fan explains.

“This model is an edited version of Peach’s model from Mario Party 9. She has edited parts from New Super Mario Bros. Wii Bowser, the hair is from [Mario] Strikers Charged and then custom modelling for the rest like the crown and her shoulders.

“All animations were remade from scratch by me, [I] used Bowser’s original animations as a reference but this was 100 percent re-animated.

“The voice clips are various Peach ones from Mario Party 10, Mario Tennis Ultra Smash, New Super Mario Bros Wii and Mario & Luigi: Dream Team (the laughing ones specifically). All of them are slowed down a little to make her voice deeper because I felt like an ‘evil’ Peach would have a slightly deeper voice.”

And, well… there’s not much else left to say, other than that you can see the mod in action below!