Yoshi’s Island is not only widely regarded as one of the greatest platformer games on the Super Nintendo Entertainment System, but of all time. With the Super FX 2 chip that the original required seemingly preventing the original from coming to the Virtual Console, many lost hope that the game would see a re-release. Although the Game Boy Advance version, which used technology away from that chip, has, at last, made it possible.

For those who haven’t yet taken the game for a spin, the plot is irrepressibly charming if not simple in execution. A stork is carrying baby twin brothers, Mario and Luigi, to their new parents when Kamek appears and tries to steal them for baby Bowser. Having succeeded in kidnapping Luigi, Mario manages to get away and lands on Yoshi’s Island. The Yoshi clan decide to help reunite the babies and carry Mario to where Luigi is being held. 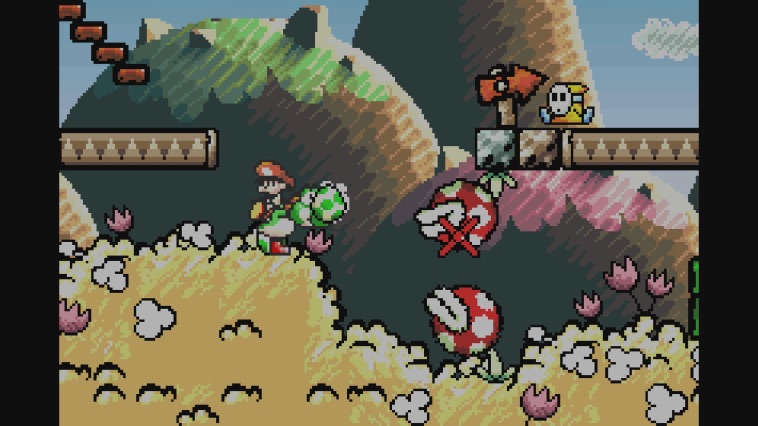 This game has six worlds for you to travel through, each with eight standard levels and two hidden ones unlocked when you finish the game. These all have a specific theme such as playing through a blizzard, hitting switches, going through a lava-filled dungeon and so forth. As Yoshi, you have the ability to eat the various enemies and turn them into eggs, and then throw these at other enemies to defeat them. This creates an interesting mechanic different to standard Mario games, where you’re mainly required to jump on enemies. There are also various segments where Yoshi transforms into a machine, such as a submarine, helicopter or mole, or when you control a superhero baby Mario. This makes the gameplay varied and seldom repetitive. Each level contains a variety of puzzles and tasks for you to overcome, usually with the eggs or abilities granted to you.

If you get hit, baby Mario will go into a bubble and float away. There’s a countdown for you to rescue him and if it reaches 0, then several Fly Guys will come in, grab Mario, and you lose a life. There are several enemies that will also grab Mario from you. You can replenish the counter by passing checkpoints which boost it by 10, finding stars in clouds or by breaking red eggs. Each stage also has 20 red coins and five flowers for you to collect, and at the end you will get scored out of 100 based on all three of these. This can get incredibly tricky in later levels, but you can get aid through various items collected throughout the game.

In addition to that, there’s the Mario Bros. mode that adorned all Super Mario Advance titles. This game is an enhanced port of the original arcade game and works exactly the same as before, so you essentially have two games for the price of one. However, the multiplayer features will not function on the Virtual Console. 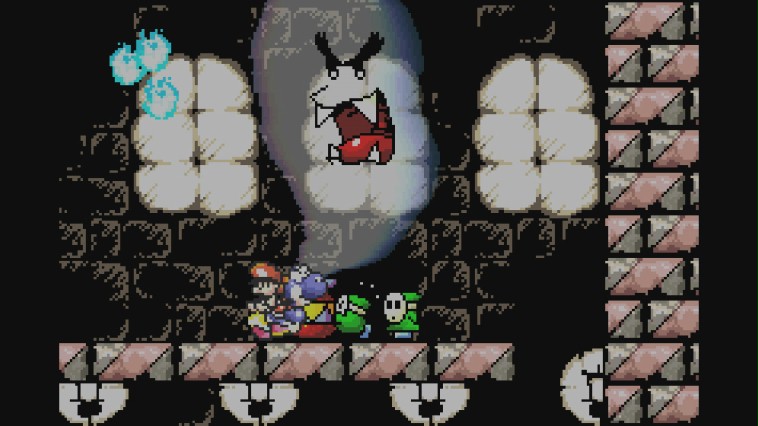 The controls of this game are incredibly tight and well realised. As you can customise the controls, you can change them to whatever you feel comfortable with. There are a few issues with the control in the vehicles, more notably in turning as the mole which can mess you up a bit, but other than that it’s a finely tuned game.

Visually, the game is astounding. The graphical style of hand-crafted crayon drawings is timeless and manages to be portrayed well, despite being massively upscaled. The screen smoothing also works remarkably well. While in the standard view, everything does seem upscaled and a bit blocky, the smoothing filter actually works to the game’s graphical style and doesn’t really diminish anything in the game. Despite being a purist, I was very happy to play the game with the smoothing filter on as it just completely fit the game.

There is an issue, however. While the game typically performs flawlessly, there are numerous instances you will discover where the game’s frame rate will slow to a crawl. This typically occurs when there are too many characters on the screen, such as when you open a crate of stars around some enemies. This happened with the Game Boy Advance version and remains here to this day, but it is still somewhat disheartening to see. 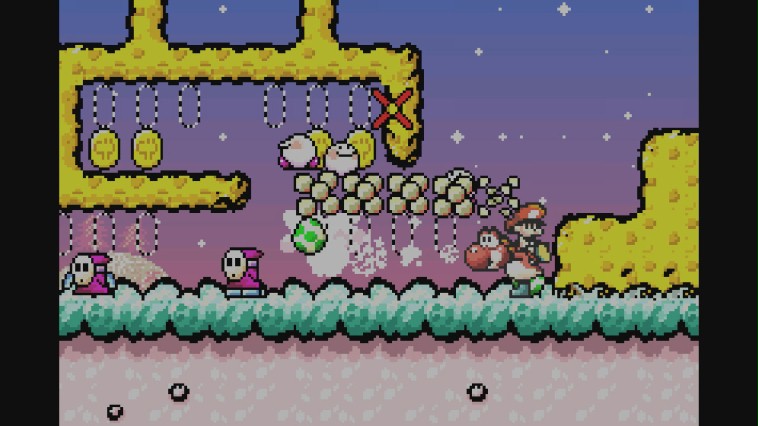 The soundscape of the game is also impressive. The music is ridiculously catchy and always fits each level. The sound effects of the enemies also alert you to their presence, and what they’re doing. The only complaint about the game is the same that players have had since the original, in that Baby Mario is somewhat annoying when he becomes separated from Yoshi. Although this is obviously intentional and adds to the tension of being separated.

Yoshi’s Island: Super Mario Advance 3, despite being a re-release of a port of a 19-year-old game, is an absolute masterpiece that everybody who doesn’t have an aversion to platformers should play, and an experience that hasn’t quite been successfully replicated in its successors on the Nintendo 64, Nintendo DS and Nintendo 3DS. While it has some minor issues that prevent it from being perfect, it’s bound to be appealing to both the classic gamer and the newcomer who missed its initial release.