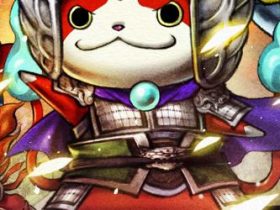 Within the pages of Japanese magazine Famitsu this week, LEVEL-5 CEO Akihiro Hino shared that the company have plans for western expansion “in a big way.”

He wouldn’t share any details beyond that, presumably awaiting an official announcement from Nintendo, but did move on to discuss Yokai Watch 2 which launched across Japan yesterday.

“When planning the first Yokai Watch, I already thought to release the sequel as two different versions.” Hino discussed. “Children like having things that other people don’t have, so from a marketing perspective, having two versions is a good idea.

“Also, a lot of people play Yokai Watch with their parents. Where people would have some hesitation about getting two copies of the same game, if you have different versions, it’s a lot easier for them to buy both.”

As an original Yokai Watch has been a clear success story, having already sold 1,176,134 copies across Japan alone as of last week.