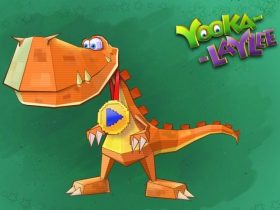 Having already proven itself to be a cultural phenomenon in Japan, Yo-kai Watch has been met with early success in Europe.

Nintendo president Tatsumi Kimishima has shared with shareholders that the first game’s sales in the region have outpaced those seen in Japan, which is surely a positive given that it is a newly introduced IP.

“In Europe, the first title in this series, Yo-Kai Watch, was released this year on April 29, with Nintendo of Europe managing distribution,” Kimishima explained. “This graph compares the sell-through in the European market with the earlier release in the Japanese market.

“It is easy to see that Europe is off to a strong start, outpacing the sales figures of the Japanese release. I am told that the YoKai Watch toys are selling well in Spain and France as well, so we anticipate further demand as we head into the holiday season.”