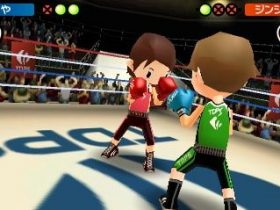 Nintendo of Europe has announced that Yo-kai Watch will launch across the region on April 29th.

Whether that be feeling hungry all the time, spending too much money or saying something mean by accident, it is a charming and outrageous Yo-kai that is normally behind it. As Nate, players will befriend as many Yo-kai as they can, with many having their own problems that need solving too.

You will use the powerful Yo-kai Watch to discover the Yo-kai, who are normally hidden to human eyes. It is important to build a strong party, setting out to tackle hundreds of additional quests while beating powerful Yo-kai bosses by deducing smart strategies and unleashing unique Soultimate Moves.

Yo-kai Watch will launch exclusively for Nintendo 3DS in Europe on April 29th, and is available elsewhere worldwide.