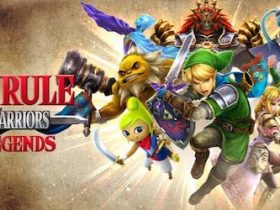 The sequel’s storyline will trace how the Youkai was created, the item allowing its wielder to see and communicate with nearby youkai. A time warp will come into play at some point, protagonist Keita find himself transported to a Showa-era version of Sakura New Town.

Players will enjoy the return of youkai Jibanyan and the 200 youkai that appeared within the first game, whilst new monsters based on Japanese folklore will make themselves known in the sequel – that includes the Rokurokubi and Kasa-obake.