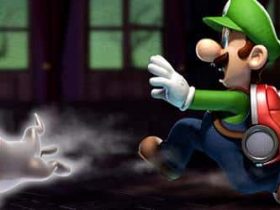 Yasumi Matsuno, a name behind strategy role-playing genre classics such as Final Fantasy Tactics and Vagrant Story, has turned to Kickstarter to fund his latest venture, Unsung Story: Tale of the Guardians.

Currently being developed in collaboration with publisher Playdek we actually first learned about Matsuno’s latest project last September, with two games already confirmed. The first being a digital card game called Unsung Story, whilst Tale of the Guardians is a game that will be more familiar to fans of Matsuno’s previous output.

The Kickstarter campaign’s base $600,000 funding goal will see the game developed for iOS, Android, PC, Mac and Windows tablets, whilst if stretch goals are reached then PS Vita and Nintendo 3DS versions are on the cards. The bad news is that it will need to achieve $1.8 million and $2.8 million respectively before either handheld are considered, which is a shame.

There’s also the chance of Final Fantasy Tactics and Final Fantasy XII composer Hitoshi Sakimoto writing music for the game, although that needs to similarly achieve a stretch goal of $2.3 million.

If you’re interested in pledging, then you can find the Kickstarter campaign here.