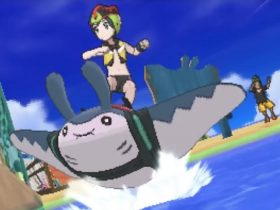 David Yarnton, General Manager for Nintendo UK, has stated that an announcement regarding the initial launch software for the Nintendo 3DS is “not that far away.”

Whilst it is known, in what’s being recognised as being “the biggest support we’ve had for any hardware launch,” that there are to be a total of 30 Nintendo 3DS titles released between the end of March launch up until E3 Expo in June, knowledge about the software that is due to be available on launch day is still in dark.

“The big thing is that we’re launching globally, all within a month,” Yarnton commented to VG247. “I don’t think there’s any format holder that’s ever done that, to launch within one month all around the world. Obviously, logistically, everything’s being pumped out, and it’s a matter, even for the developers, as to what’s going to be ready at launch, what they’re going to do, and the timing of it, so we’re a little bit in their hands.”

He continued, “As we get closer we’re going to have a better idea of what’s there. But all the titles, 25-30 titles in the launch period, is the biggest support we’ve had for any hardware launch. It’s not that far away that we’ll be able to confirm dates and things.”