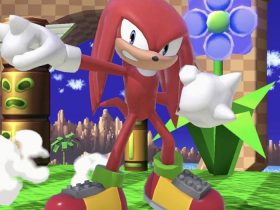 Microïds and PlayMagic have announced that their XIII remake has been delayed into 2020.

“We are thrilled with PlayMagic’s work so far. This additional development time is needed to reach the level of polish we’re aiming for,” explains François Coulon, Microïds head of production.

“The announcement was greeted by an overwhelming response from the community and we’ll make sure to deliver the best possible game to our fans.”

The cult classic cel-shaded first-person shooter that had released on PlayStation 2, Xbox, and GameCube in 2003.

Based on the first five volumes of the comic book series, you play as Thirteen – an expert soldier who has lost his memory but stands accused of murdering the President of the United States.

Waking up on Brighton Beach injured and amnesic, your only clue is a small key and a mysterious XIII tattoo next to your collarbone. In the 34-level solo campaign, you must now search for answers.

XIII will release at retail and on the Nintendo eShop for Nintendo Switch worldwide in 2020.