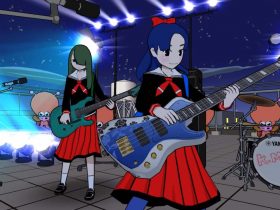 This has addressed multiple issues, the most problematic having been when Common Blades resonated to Drivers other than Rex were deleted when starting New Game Plus with them assigned to him.

Monolith Soft has also added a new non-playable character in Chapter 1 called Momoni, who can restore your money once if you choose to spend it all before buying quest-related items.