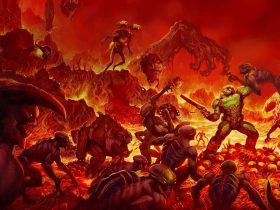 This adds the Events Theater, a new feature on the main menu screen that will let players rewatch any cutscene that they have already seen as they progress through the story.

There’s also the chance to turn Japanese character voices on in the Sound Options, compatibility with the Expansion Pass being added for those that choose to buy it, and other undisclosed adjustments have been made.