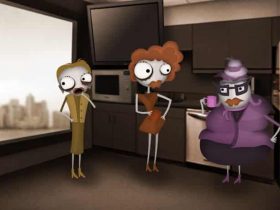 Head of Xbox Phil Spencer has sounded off against the “distasteful” attitude that he still sees on social networks, observing gamers trying to stir rivalries between platform holders.

Reasoning that it is “incredibly unhealthy” for the industry (echoing comments made last year), Spencer is keen to “actively push against” any situations in which he finds anyone behaving in such way.

“I’ve said before, the one thing that I probably find a little distasteful in the discourse around games is the divisiveness that people try to build between platforms,” Spencer explained to GameSpot.

“It becomes more about what piece of plastic I own than what games I’m playing. It becomes more about somebody else failing than the things I love succeeding. I don’t think that’s a good place for our industry. I know that’s not everybody, and it’s easy to find the pockets of that vitriol and kind of think that that is gaming, but I’m not going to embrace that. I’m going to actively push against that.

“People sometimes will make fun of me that I mentioned Sony or I mentioned Nintendo. It’s not to placate anybody or make them think I’m some kind of good guy. My job isn’t really to keep you from buying something else. My job is to make you proud of what we offer, and to give you an enjoyable experience with the product we have. That’s 100% of what I’m focused on.”

While his priority is seeing Xbox One succeed, Spencer hasn’t shied away from sharing praise for their competitors. He once declared that Nintendo owned “the best first-party on the planet,” and commended their “strength of IP.”

Spencer closed, “The things that are keeping me up at night are really all about that, and it’s the great thing about this industry, as I’ve said many times, is you do earn every customer. There’s nothing that I own that makes you have to go buy Halo. You’re going to buy Halo 5 because you love it, or you’re not because you don’t. That’s just a fantastic part of the industry that we’re in, and I fully embrace that.

“I’m trying to keep our organisation and, hopefully, our fans, out of that type of stuff, because I think that’s just incredibly unhealthy for our industry.”